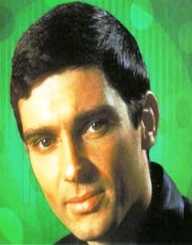 Gene Pitney was the man with one of the unique voices in music history, awesomely talented and brilliant. Gene Pitney was an American Singer, songwriter, musician, and sound engineer. He is well known for his chart making hit songs and recordings. He is an inductee into the Rock and Roll Hall of Fame.

Gene Alan Pitney was born on the 17th of February, 1940 in Hartford, Connecticut. He was born to a lathe operator and was the third of five children. Pitney was greatly influenced by musical icons such as Clyde McPhalter, Moon Mullican and the musical doo-wop group, the Crows.

He had his High School education at Rockville High School. It was there that his first band, Gene and the Genials was formed. He would also go on to sing with a group called the Embers. He also was a member of the duo called  Jamie and Jane. After high school, Gene began to study Electrical Engineering. His passion for music, however, meant that there was a conflict between his academics as he became increasingly drawn to his music.

In 1961, Gene Pitney got signed to the record label, Musicor which was owned by Aaron Schroeder. He released his first single, "(I wanna) Love my life away." The song had Pitney multitracking vocals and playing a lot of instruments. The song made it to the U.S top 40 lists. He would go on to record further hits and chart making songs like the title song for the movie Town without Party, which won him the Golden Globe Awards and also earned him an Academy Awards Nomination for best song.

He is also known for the Burt Bacharach-Hal David Song "(The Man who shot) Liberty Valence. Other chart making songs recorded by Pitney include "Only love can break a heart" which peaked at number 2 on the U.S charts, as well as "Half Heartache" which peaked at number 12 on the Billboard Chart. Due to his musical success and chart hitting songs, Pitney was given the nickname, Rockville Rocket.

Pitney did not only have success as a singer, but he also excelled at writing songs for others. Notable among his written songs are "He is a rebel" which was written for The Crystals. He also wrote 'Today's Teardrops' for Roy Orbison, as well as 'Rubber ball' for Bobby Vee. Popular hit 'Hello Mary Lou' was also written for Ricky Nelson.

He's a rebel was the number 1 song on the U.S chart at that time, keeping Pitney's song, 'Only Love Can Break a Heart' at the number 2 spot. Thus Pitney the songwriter prevented himself from finally having his single at the top of the charts.

Between the years 1963 to 1966, his hits continued to rock the airwaves and appeared in the U.K top 10 charts continuously. However, his popularity waned after this period. He made a short-lived revival in 1974 when hits such as 'Trans-Canada Highway' and 'Blue Angel' came alive. He was also famous in European countries notably Italy. A number of his hit songs were recorded in Italy. He came second in a competition known as San Remo Song Concert with his song Nessuro Mi Puo Guidicare. He was also excellent in other areas of music, often showing the excellence of his vocal range.

Gene Pitney made another come back in 1983, with a North American tour that sold out. In 1989, he finally achieved a number 1 placement on the UK charts with a cover of his sixties hit Song, 'Something's Gotten Hold of My heart this time' featuring Marc Almond.  Pitney continued to tour continuously from then on.

Gene Pitney got married to childhood friend and heartthrob, Lynne Gayton in 1966. Together they had three Sons, Todd, Chris, and David. He lived on Crystal Lake in Ellington, Connecticut. He enjoyed water Skiing with friends.

Pitney died while on tour in the UK on the 5th of April, 2006. His manager found him dead in his hotel room. The cause of death was a heart attack and severely occluded coronary arteries. He rests at Somers Center Cemetary in Somers, Connecticut.