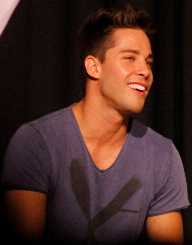 Gavin Butler is the oldest child of Carl and Colette Butler. He was born in Idaho on the 3 December 2003. His siblings are Avia, Emmi, Brock, and Daxton.

In 2014, Gavin Butler’s father Carl’s YouTube channel, The Shaytards, was listed by New Media Rockstars at number 31 in this Top 100 ranking. Carl Butler announced in 2016 that he would be suspending the Shaytards YouTube channel from February 2017.

When the vlog started, Gavin Butler was a cute little boy who liked making dance moves. He’s now a teenager who prefers sport and reading, but his mother has said that he is still the same helpful, sensible older son he has always been.

The family vlog appeared on an almost daily basis for five years. Initially, the children all had nom de plumes to hide their identities but gradually over the years, their real identities became public knowledge. Gavin’s nom de plume for the Shaytards was Sontard.

Gavin Butler plays soccer and performed martial arts growing up. He has been a scout and loves reading.