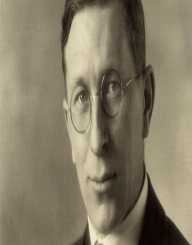 Frederick Banting was a Canadian physician, medical scientist, and painter. Born on November 14, 1891, he was a Nobel laureate and known as the co-discoverer of insulin and its healing potentials. Frederick Banting and John James Rickard Macleod were awarded the Nobel Prize in Medicine in 1923 becoming the youngest to receive the award in that area at age 32. Frederick Banting was granted a lifetime annuity of $7,500 by the Canadian government to enable him to continue with his research works.

However, Frederick Banting pursued in the summer of 1915 and was accepted, did some training with the army and returned to complete his course. Due to the pending war and the need for more doctors, the medical course was rushed through and in 1916, Frederick Banting graduated after which he returned to the army. During the Battle of Cambrai in 1918, he was injured but ensured he helped other wounded men for about sixteen hours. This gained him the Military Cross award for heroism in 1919.

After the war, he returned to continue his education by completing his surgical training in Toronto and studied orthopedic medicine. Frederick Banting became a Resident Surgeon at The Hospital for Sick Children from 1919 to 1920 but had to move to London, Ontario to practice because he could not join the hospital staff. Frederick Banting practiced from July 1920 to May 1921 and taught orthopedics and anthropology at the University of Western Ontario on a part-time basis. He taught pharmacology at the University of Toronto from 1921 to 1922.

Frederick Banting then received his M.D degree in 1922, which he was awarded a gold medal. That same year, the University of Toronto appointed him a Demonstrator in Medicine. The Legislature of the Province of Ontario set up the endowment Banting and Best Chair of Medical Research, which Banting was elected to in 1923. He also served as an Honorary Consulting Physician at the Hospital for Sick Children, Toronto General and the Toronto Western Hospital.

Frederick Banting got interested in issues relating to diabetes after reading an article about the pancreas. This was after he had lectured on the pancreas in a class at the University of Western Ontario on November 1, 1920, and therefore sought to read reports on the subject by other scientists. Frederick Banting found out from his readings on research done by the likes of American physician and pathologist Eugene Lindsay Opie, German pathologist, Bernhard Naunyn, Oskar Minkowski and English physiologist, Edward Albert Sharpey-Schafer that diabetes is caused by lack the inability of islet of Langerhans in the pancreas to secrete a protein hormone which Schaffer named “insulin”. As all effort to extract insulin from ground-up pancreas failed, there was the need to now successfully extract insulin without being destroyed.

Frederick Banting then found a perfect method of extracting the insulin and therefore liaised with J.J Rickard Macleod, Professor of Physiology at the University of Toronto who provided the research facilities. Macleod also gave the assistance of his student, Dr. Charles Best. The biochemist, James Collip also joined the team to start producing the insulin by performing surgeries on living dogs. This was however not beneficial as the needed quantities could not be achieved.

Frederick Banting then came up with another idea of obtaining insulin from fatal pancreas on November 16, 1921. He, therefore, gathered pancreases from fatal calves at the William Davies slaughterhouse and later added pig which became the sole commercial source of insulin. This method however changed in the 20th century and replaced with genetically-engineered bacteria.

After the successful research, Frederick Banting set up a private practice in Toronto to treat diabetic patients in 1922. First of such patients to be treated was Elizabeth Hughes Gossett, the daughter of US Secretary of State Charles Evans Hughes. In 1923, Frederick Banting and Macleod jointly received Nobel Prize in Physiology or Medicine. Frederick Banting then gave half of his prize money to Dr. Charles Best and shared the other half with James Collip.

Frederick Banting was married twice, first to Marion Robertson in 1924. The couple had a son William and divorced in 1932. He then married Henrietta Ball in 1937. Frederick Banting had a plane crash in Musgrave Harbour, Newfoundland, aboard the Lockheed L-14 Super Electra en route to England. Frederick Banting was to conduct an operational test on the Frank Flying Suit developed by his friend, Wilbur Franks. After the crash, Frederick Banting survived initially, but the wounds he sustained killed him the following day. Frederick Banting died in February 1941 and was buried at Mount Pleasant Cemetery in Toronto.

In 1989, Her Majesty Queen Elizabeth lighted the “Flame of Hope” as a tribute to Dr. Frederick Grant Banting and to all who have died of diabetes. The flame, located beside Frederick Banting House National Historic Site of Canada at Sir the Frederick Banting Square in London, Ontario, Canada is to remain lighted until a cure is found for the ailment. Group of researchers who found the cure would then have the honor to extinguish the flame.