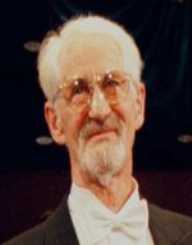 Jens C Skou was born on October 8, 1918. He was a Danish medical doctor and scientist. He discovered an ion-transporting enzyme; sodium-potassium-activated adenosine triphosphate. In 1997, he received the Nobel Prize in Chemistry for his discovery.

Jens Christian Skou was born on October 8, 1918, in Denmark. He was born into a wealthy family. He was born to Magnus Martinus who was a timber and coal merchant and Ane Margrethe Skou who was a homemaker. He was brought up alongside three siblings. His father died when he was twelve years old. He attended a boarding school in Haslev in Zealand where he developed an interest in mathematics and science. In 1937, he joined the University of Copenhagen. In 1944, he graduated from the university with a medical degree.

After graduating from high school, Jens C Skou undertook his internship in a hospital in Hjorring. He developed an interest in anesthetics and he decided to do a thesis on the subject. He later served at the Orthopaedic Hospital in Aarhus. In 1947, he took up a position at the Institute for Medical Physiology at the Aarhus University. He worked under Professor Soren Orksov. He finished his thesis on anesthetic and toxic mechanism of action of local anesthetics at the University. In 1949, he started working as a doctor on call one night a week.

In 1957, Jens C Skou published his completed thesis on anesthetics. In 1958, he attended a conference in Vienna where he met Robert Post. In 1963, he was appointed the Chair of the Institute of Physiology at Aarhus University. In 1977, he became a professor of biophysics at the university. In 1988, he retired from the university. He is known for the proposition that an enzyme is responsible for the transport of molecules through a cell’s membrane.