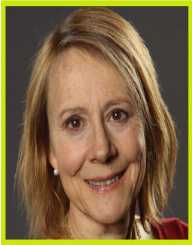 Esther Dyson was born on the 14 July 1951 in Zurich, Switzerland to Verena Huber-Dyson, a mathematician, and Freeman Dyson, a theoretical physicist. Her paternal grandfather was Sir George Dyson, the English composer. When Dyson was a child, her parents divorced, and her mother moved to California, leaving Dyson with her father and brother in Princeton. Her father later remarried and Dyson has four step-sisters.

When Esther Dyson was fifteen, she enrolled at Harvard University and holds a BA in Economics.

After graduating from Harvard, Esther Dyson joined Forbes magazine was a journalist. Her next job was working on Wall Street which she did for five years. In 1982, she joined a venture capital company owned by Ben Rosen. Within six months, Dyson had bought the company which she renamed EDventure Holdings (1982-2004).

Apart from EDventure Holdings Esther Dyson has been involved in ventures and sits on various board including Stop Badware, the Sunlight Foundation, the Electronic Foundation, and ICABB. She is active in the emergence of startups in commercial space via Air/Space2.0.
Other areas of interest include Health and IT and she is on the board of the Personal Genome Project. She is the author of Release 2.0: A Design for Living in the Digital Age (1997) which was published by Broadway Books.

Esther Dyson has never married and has no children, but has a number of nieces and nephews. Dyson spent six months in Moscow from late 2008 until March 2009 training to be a backup cosmonaut.