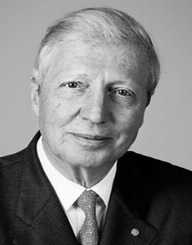 Daniel Bovet’s contribution to therapeutic chemistry led to the introduction of a range of drugs that blocked the action of neurotransmitters. The discovery had a huge impact in the fields of allergy treatment and surgery.

A life-long scientist and scholar, Daniel Bovet was one of the most important figures in the field of medical science in the 20th century.

Daniel Bovet was born in Fleurier, Switzerland on March 23, 1907, to Amy Babut and Piere Bovet. His father, Pierre, was a Professor of Pedagogy at the University of Geneva.

Daniel Bovet was a studious child from an early age, and he finished his education in Geneva. He attended the University of Geneva, from where he graduated in 1927.

In his career, Daniel Bovet made some discoveries that changed the field of medical science. Therapeutic chemistry owes him a lot of debt for his discovery of antihistamines, used in allergy medication.

Daniel Bovet started working as an assistant to Professor F. Batelli. In 1929, he worked under Professor E. Roux at the Pasteur Institute, Paris. In his early work, he conducted extensive research on a variety of disciplines including biology, chemotherapy and therapeutic uses of chemicals.

In 1937, he received worldwide attention, after discovering antihistamines, which block the action of histamines. This discovery was instrumental in allergy treatment. The first antihistamine drug was released for human use in 1942. Bovet’s drug came out as a product in 1944.

In 1947, Daniel Bovet accepted Italian citizenship. He moved to Rome to work as the Chief of the Laboratory of Therapeutic Chemistry of IstitutoSuperioredeSanita, Rome. One of his most significant contributions was the discovery of the alternatives of curare, a drug used in medical surgery. Curare was extremely expensive and not always effective. Bovet’s discoveries of gallamine and succinylcholine gained widespread use.

Daniel Bovet was a top-notch scholar who published more than 300 papers in the fields of chemotherapy, biology, medical applications of antihistamines and more.

Daniel Bovet was often rewarded for his contributions in the medical sciences. In 1934, he received the Plantamour Prize of Faculty of Science, from the University of Geneva.He also received the Martin Damourette Prize in 1936. For his discovery of the antihistamines, he was awarded the Nobel Prize in Physiology or medicine in 1957.

Daniel Bovet also received several honors like the Chevalier of the Legion of Honour of France (1946) and the Grand Official of the Order of Merit of Italy(1959).

Daniel Bovet was an extremely private man, so, not many details of his own life are available. He was married to Filomena Nitti and had two sons – Gianpolo and Daniele.