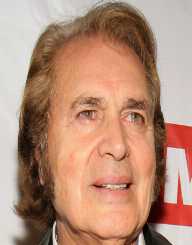 Born Arnold George Dorsey in Madras, Madras Presidency, British India (now Chennai, Tamil Nadu, India), on May 2, 1936, British singer Engelbert Humperdinck was the second youngest of the ten children of British Army NCO Mervyn Dorsey and his wife, Olive. Mervyn hailed from a Welsh ancestry and is also believed to have an Anglo-Indian heritage. Olive was of German descent. After having spent the first ten years of his life in India, Humperdinck moved to Leicester, England along with his family.

His passion for music led him to abandon his studies when Engelbert Humperdinck dropped out of school at the age of 15. He learnt to play saxophone and started playing the instrument in nightclubs as early as by early 1950s. Initially, he did not try singing and was content with playing the saxophone. However, on the insistence of his friends, he entered into a pub contest when he was at the age of seventeen. He was nicknamed "Gerry Dorsey" by his friends as he idolized Jerry Lewis at that time. For the next ten years almost, he worked under that nickname.

Humperdinck’s music career hit a roadblock when he was requisitioned by the British Army Royal Corps of Signal for compulsory national service in Germany during the mid-1950s. However, he received the opportunity to record his song with Decca Records in 1958 after his discharge from the Army. His first single "I'll Never Fall in Love Again" failed to elicit much response from the music lovers. He used to sing in men’s clubs for making a livelihood. His struggle aggravated when, in 1961, he was diagnosed with tuberculosis. After having recuperated, he tried to continue with his nightclub occupation of a singer. It was a hard existence and success still eluded him.

In 1965, Humperdinck still known as ‘Gerry Dorsey’, changed his name to Engelbert Humperdinck, which was the name of the late nineteenth-century German composer of operas like Hansel and Gretel. The change was effected on the advice of his new manager Gordon Mills, who also happened to be the manager of a fellow singer Tom Jones. They inked a new deal with Decca Records and began performing under the new name ever since. The change of name brought about a change of fortune too.

In July 1966, Engelbert Humperdinck was selected to represent Britain at the annual Knokke song contest held in Belgium along with four others. He made his mark there and performed another stage performance in Mechelen in October 1966. His song "Dommage, Dommage" found immense popularity in Belgium, and he made a music video album filmed in the harbour of Zeebrugge.

His career breakthrough came in 1967 when Engelbert Humperdinck released the single ‘Release Me.’ The song hit the jackpot when it made it to the top ten on both sides of the Atlantic Ocean and became number one in Britain pulling down The Beatles' "Strawberry Fields Forever"/"Penny Lane" from the Numero Uno position. The song was sold at 80,000 copies per day at the height of its popularity and was among the Top 50 for 56 weeks in a single chart run. It became one of the top 10 songs in the United States as well.

The spectacular success of ‘Release Me’ proved not to be a flash in the pan as Humperdinck released two more hit ballads in the form of "There Goes My Everything" and "The Last Waltz." He was being called a crooner after the success of these two ballads, a description he contested citing his wide range and instead preferred the title of a ‘contemporary singer, a stylised performer’ for him. After his magnum opus hit ‘Release Me’, he released another six consecutive Top Ten U.K. hits over the next two years including "There Goes My Everything", "The Last Waltz", "A Man Without Love", "Les Bicyclettes de Belsize", "Am I That Easy to Forget" and "The Way It Used to Be".

During the 1970s, Humperdinck concentrated initially on recording a number of signature songs written by some of the distinguished musicians and songwriters of that era. "We Made It Happen," "Sweetheart," "Another Time, Another Place" and “Too Beautiful to Last” are some of his memorable songs recorded during the early 1970s written and composed by the likes of Paul Anka and Barry and Maurice Gibb. By mid-1970s, he gave more importance to live stage performances with a lavish stage production, which was suitable for venues like Las Vegas and other big cities.

In 1976, Engelbert Humperdinck again came up with a big hit, his last major pop single "After the Lovin'," The ballad produced by Joel Diamond and released by ‘Epic,’ a CBS subsidiary, became a Top Ten hit in the United States. The song earned the nomination for a Grammy Award, went Gold and won the "Most Played Jukebox Record of the Year" award. There is an album of the same name which reached the Top 20 on the U.S. chart and was a double-platinum hit.

On the occasion of the 50th anniversary of his first international chart success, two primary celebratory discs were produced in the early summer of 2017. The first is Engelbert Humperdinck 50, containing mainly his chartbuster singles recorded by Decca and a remix of ‘Release Me’ among others. The second contained his first eleven albums reissued by Decca. On November 24, 2017, Humperdinck released his last studio album ‘The Man I Want to be.’

Engelbert Humperdinck, a practicing Roman Catholic, married Patricia Healey on April 18, 1964. The couple is blessed with four children. According to his revelation in 2017, his wife has Alzheimer's disease for the last ten years. In 2006, he was bestowed with an Honorary Doctorate of Music by the University of Leicester.