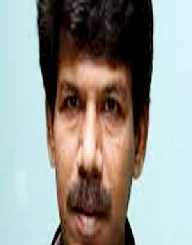 Bala Pazhanisaamy is a Tamil film director, producer & screenwriter. He is mostly known for his depiction of the realities, & the dark life of the working middle-class people. His films have brought about waves of changes in the Tamil cinema, and he is credited with taking the Tamil film industry in a new direction.

Bala has a B.A. degree in Tamil literature. He went to the American College in Madurai. Bala wasn’t very fond of studies and wanted to make a career in filmmaking right from an early age. But Bala didn’t get support from his family, and he had to attend college before he could move out on his own and enter Kollywood, the Tamil film industry.

Like most newcomers from a humble background, Bala had to work through the ranks to become a director. He started as an assistant to Balu Mahendra with whom he made five films. This gave him enough work experience in the film industry to start out on his own.

Bala's first film as a director was the movie Sethu which came out in 1999. The film won him the State award for Best director and established him firmly as a director in the industry.

Film distributors didn’t want to screen it because of its sad ending, but the film resonated well with the audience. The film gave the actor Vikram, his big break in the movies. This also brought a new trend in the Tamil Cinema.

After Sethu, Bala continued to direct, produce and write several blockbuster films which include Nandha, Pithmagan, Maayavi, Nan Kavdul, Paradesi and more. The film Paradesi won several awards including the Filmfare award for Best Director – Tamil. All of his films have been popular among audiences as Bala touches the real life of people in his movies. His recent projects include Pisaasu (2014), Chandi Veeran  (2015), Tharai Thappattai(2016), and Naachiyaar(2017).

Bala’s movies are well-known for delivering the unexpected with unique narration and an unmatched presentation style. Critics find it hard to compare him to other directors for his unparalleled depiction of different elements of cinema. Bala excels at turning tragedy films into commercial success.

After his first film was a great commercial hit, all of Bala’s films have brought him several awards.

Bala leads an extremely private personal life. His wife is Muthumalar. They were married on July 4, 2004. Bala is an atheist and says that he would like to meet God before he believes in him.