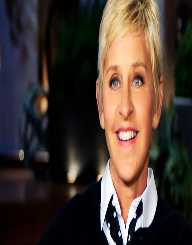 Ellen DeGeneres is typically known for her hilarious and comical traits.He was mainly known when she appeared in one of the sitcoms that was titled as Ellen in 1990s.DeGeneres took a different role as well as starring in various films including Mr. Wong, The Love Letter, and EdTV. Not to mention she also acted as a house painter and bartender. In the long run, she rose to fame with her talk show: The Ellen DeGeneres Show. Aside from her epic career, Ellen served as a notable lesbian and gay role model.

On 26 January 1958 Ellen Lee DeGeneres was born in Louisiana, Metairie in the United States to Betty DeGeneres and Elliot DeGeneres. His father worked as an insurance representative, and her mother was a hardworking homemaker. Unfortunately, her parents divorced during her teenage life. It was at this time that she started to have thoughts on what she will come to do with her life. At some point, Ellen wanted to become a veterinarian, but she later changed her mind since she despised studying. In all, Ellen went to work as a painter and a business lady as well as a fervent secretary. Ellen has an elder brother, Vance who is also a comedian .


The Beginning Of Ellen’s Talent

Vance and Ellen were invited at a private party at one of the famous clubs in their city. It was on this occasion that she founded herself embracing anxiety and loneliness. In that case, she tried to keep herself comfortable by using humor gestures to get enough attention. And that was it.She became a hit whereby the end of the party, she had already received over 100 stand-up comedy invites.

At 23 years old, Ellen started to showcase her comedy roles at local clubs and coffeehouse. She rose to fame in 1986 when she played at The Tonight Show. It was here that she was sent to Hollywood by one of her agents. She continued to earn remarkable recognitions on The Tonight Show. She followed it up with several shows including The Oprah Winfrey Show, Larry King Live, and Good Morning America among others.

Ellen’s amicable talent won the audience hearts. She later came to prominence when she appeared in Ellen television series. In 1997 the show became the talk of the town when Ellen announced her homosexuality to the public. However, this led to more rejection when ABC affiliates withdrew her from TV series in Alabama.

Even then, DeGeneres had already made her first move to success where she appeared in Mr. Wrong sitcom in 1996.She then followed it up with EdTV comedy in 1999 as well as If These Walls Could Talk in 2000.

In 2003 Ellen turned into a star when she launched her talk show that was then called as Ellen. The show gave Ellen People’s Choice Awards as well as Daytime Emmy Award. Further, she voiced in one of the animated films in 2003-Finding Nemo. The following years she garnered two Emmy Awards.

From 1996 to 1997 Ellen was invited to host the Grammys as well as Primetime Emmys in 2001 and 2005.In 2009 DeGeneres appeared as a judge on American Idol where she replaced Paula Abdul.

Ellen DeGeneres has also written over ten inspirational and comic books such as I Do Have One, Home, My Point, and Seriously I’m Kidding among others. In 2016 Ellen received Presidential Medal of Freedom, all thanks to her contribution to the art industry.

In 1997 Ellen announced about her sexual orientation that she is a lesbian. In 2008 Ellen married her longtime girlfriend, Portia de Rossi. Before marrying Portia, she had close contact with Anne Heche and Alexandra Hedison. In 2015 she was listed as the most powerful woman in the globe by Forbes. She was also listed on the second list of World Pride Power Women. During her free time, Ellen loves to watch a football match, and she is a fervent supporter of Green Bay Packer and New Orleans Saints.