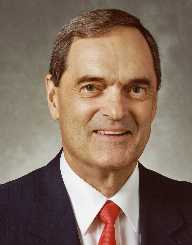 John Deere born on 7th February 1804 is still remembered for his significant contribution to agriculture technology. He started John Deere & Company which is a large manufacturer of the farming equipment. He was a noteworthy inventor in the American History. The antiquity of John Deere has had a significant bearing on the world’s style of ploughing, harvesting, clipping and artless gardening.

It’s not exactly clear where he attended lower education level, but it is assumed he studied in the very local schools of Vermont. He, however, proceeded to Middlebury College. In 1821 he left Middlebury College to learn iron sharpening skills as an apprentice. Under the guidance of the renowned blacksmith Captain Benjamin Lawrence, he quickly learned the art and started his blacksmith shop in 1826 which he carried on at several places in Vermont.

In 1827 John Deere could not endure the challenging business environment in Rutland Vermont. Therefore, he left for Grand Detour Illinois where he settled. It did not take long before his smithy shop gained popularity as there was very few blacksmiths business located in Illinois. Deere realised that as a result of the tough soils of Illinois it was trying to work with the usual cast-iron ploughs.

Therefore, he saw it wise to use a smoother plough with sharp mouldboards which would be perfect for use in tough prairie soil. Thanks to the skills he had acquired from working with Benjamin Lawrence, he had a more realistic version of the most suitable plough especially during rainy seasons where the soil was bound to be sticky.

Owing to the various versions of perfect ploughs he had in mind, in 1837 John invented and manufactured saleable ploughs made of steel. Besides the steel material, the ploughs contained iron frames which made it more successful than any other ploughs previously manufactured. Initially, he did not make any sales until his first customer Lewis Crandall spread the word of its success.

More farmers purchased the steel ploughs to a point he started manufacturing around 100 ploughs annually. As a result of increased demand and lack of adequate capital, he allied with Leonard Andrus. Sources had it that Deere and Andrus had conflicting egos and could never come to a successful conclusion of anything. The partnership lasted for five years before Deere terminated it in 1848. Therefore, John shifted his business to Moline, Illinois which was more suitable as he had better access to water, power, coal and less expensive transportation of his equipment.

Some materials were not adequately available locally, so he used to ship the materials from England. By 1850 he started producing other equipment which would work better with the steel ploughs. Records show that he made sales of over 10,000 ploughs. The steel plough was famously referred to as “The plough that broke the plains” most farmers highly esteemed his products due to their excellent and unique quality.

In 1857, John Deere Company was officially launched in Moline where it has existed for 175 years. In 1863, John Deere made another significant contribution in the agricultural field. He invented the first ride on the plough which had the benefit of being pulled by horses other than being drawn by men. Owing to the increased responsibility, he appointed his son Charles Deere as the vice president of his company.

Evidently, he was trying to manoeuvre financial constraints which would have led to his declaration of bankruptcy and new management of his company. Charles Deere handled day to day operations of the company while his father moved to politics. In 1868 John Deere Company was renamed Deere and Company.

John Deere was elected Mayor of Moline where he served for two years. It is said that he refused to vie for another term besides being the peoples most preferred choice. He was also appointed as the president of the National Bank of Moline. Additionally, he took a position as the director of the Moline Public Library. He was a distinguished member of the First Congregational church where he was given essential jobs due to his outstanding character. His contribution to the political and agricultural affairs in America earned him recognition and a reliable figure on the history of Americans.

John Deere was raised by his mother while his father worked in different places to provide a living for his family. His father William Deere is presumed to have perished in the sea while travelling to his ancestral land to acquire his inheritance. He was regularly referred to as “Son of a tailor “as his father was a tailoring merchant.

John Deere married Damarius Lamb in 1827. They got nine children. However, his wife Demarius died in 1865. As traditional customs dictated, he married her younger sister Lucinda Lamb one year later.

John Deere died while at his home in Moline on 17th May 1886. His son Charles dutifully and officially assumed the role of his father as president of Deere and Company. John died at the age of 82 years.

Deere & Company is a world leader in providing following products and services and is devoted to customer’s service. Since 1837, Deere and Company have delivered innovative products of superior quality, built upon an institution of integrity. His company is a dependable and loyal company for farmers all over the world. Deere and Company now manufacture equipment for various industries such as golf and sports, government and military, forestry and landscaping industries.