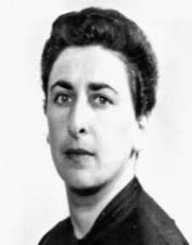 Elizabeth Stern is a Canadian-born prominent figure in the field of medicine. Her research on cancer cells led to a medical breakthrough for the development of the disease's treatments. Stern’s research has transcended that of her time and is backed up with studies which she performed for years with the aid of women who participated in her research.

Aside from being a known researcher, Stern also served as a lecturer in the Los Angeles’ University of California under the department of pathology. She became a professor in 1965 at UCLA where she taught the subject of epidemiology. She was married to Solomon Shankman who worked as a chemist and gave birth to three children.

A native of Ontario, Canada, Elizabeth Stern was born on September 29, 1915, and later relocated to the US where she lived the rest of her life. She is an alumnus of the prestigious University of Toronto where she attained her medical degree in 1939. She further enhanced her studies by attending Pennsylvania Medical School in the United States in 1939.


The Quest for the Research on Cancer

When Elizabeth Stern was certified by the American Board of Pathology as a pathologist, she was promoted as the Cancer Detection Center as the Director of Laboratories and Research located in Los Angeles, California. From here on, Stern’s lifelong involvement for the research of cancer cells bore fruit in the future to come.

Due to her constant studying, Elizabeth Stern managed to discover the stages of cervical cancer. This discovery aided in the development of treatments for the disease. Stern found that the cancer cells underwent 250 stages to reach its maturity, starting as a healthy cell. Due to her discovery, detection for cancer cells turned a notch up and made its treatment for the disease plausible.

She made another breakthrough discovery when she published an article linking cervical cancer and the herpes simplex virus in 1963. The article was followed up in the early 1970s when Stern and her colleagues presented to the public that women who used oral contraceptives were likely to contract dysplasia in comparison to those who did not use contraceptives.

This claim was backed up by extensive research that spanned for ten years.  Stern and her team set up free family planning clinics along Los Angeles areas which catered to an approximate number of 10,000 women and led them to patients with the most high-risk towards the disease.

When Elizabeth Stern published the connection with cervical cancer and contraceptives, she too was also battling the very same disease she spent her lifetime studying on. In the early 1970s, she began undergoing chemotherapy as a treatment to her stomach cancer while at the same time continuing her research. On August 18, 1980, she finally succumbed to the disease a little short of her 65th birthday in Los Angeles, California.