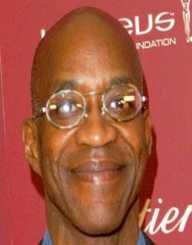 Edwin Corley Moses is a former prolific American athlete, who competed in both field and track events. Born on August 31, 1955, he is a 400-meter hurdles Olympics gold medals winner in 1976 and 1984.

Moses was a ‘king’ who ruled the 400-meter hurdles race for about a decade. From 1977 until 1987, he dominated the 400-meter hurdles race winning 107 finals consecutively. As a result, he set the world record four different times. Aside from his athletic career, he was a reformer in areas including drug testing and Olympic eligibility. Moses served as the first chairperson of the Laureus World Sports Academy from 2000.

Edwin Corley Moses was born in Dayton, Ohio, on August 31, 1955. Though a very brilliant chap, he was also a highly talented sportsperson. Moses received education at the Fairview High School.

While there, he participated in sporting activities including basketball, football, and track events like cross-country. After graduation, he accepted a scholarship to Morehouse College, Atlanta, Georgia, to study physics and industrial engineering. Moses continued to pursue his interest athletic, competing in the school’s track team. Morehouse had no tracks; therefore, he resorted to training on facilities in nearby high schools.

With a remarkable height of 6.2 inches, Edwin Moses' athletic career became a sight to behold. His days on the track was not just a dominating one but also very impactful. He initially competed in 110-meter high hurdles, 4 x 100 relays, and 400 meters. However, he later decided to focus on 400-meter hurdles, and the result was record-setting and winning of laurels.

Edwin Moses qualified for the 1976 Summer Olympics held in Montreal, which was also his international debut. Moses did not only win a gold medal at the event but also set a new world record of 47.63 seconds in the 400-meter hurdles.

The following year, he broke his record with a new time of 47.45 seconds at the Drake Stadium. However, he lost the finals to Herald Schmid of West Germany. That was his fourth career loss in the 400 m hurdles and the last in the next decade. He recovered quickly from that defeat to beat Schmid by 15 meters in Dusseldorf.

Despite qualifying for the 1980 Olympics, in Moscow, Russia, Moses could not go for the event because of the 1980 Summer Olympics boycott. Nonetheless, he was one of the receivers of the 461 Congressional Gold Medals made for the boycott athletes.

The road to Second and Third Olympics

Staying out of the Olympics, Edwin Moses got himself busy participating in different events and set a new world record. He improved on his performance to break the record in 1983, with a career-best of 47.02 seconds. Moses qualified for the 1984 Olympics in Los Angeles, during which he won his second Olympic gold medal.

By this time, he had won a World Championship gold, 3 World Cup titles, and 122 consecutive races. Moses’s winning streaks ended on June 4, 1987, when Danny Harris defeated him at an event in Madrid, Spain. He came back strongly to win ten consecutive races and won a world championship gold in Rome in August. He won bronze at the 1988 Summer Olympics in Seoul.

Edwin Moses contributed a lot off the track including joining the Athletics Congress to eradicate the use of anabolic in sports. He played an active role in the reformation of international and Olympic eligibility rules. He was an influential advocate of the Athlete Trust Fund program established to enable athletes to earn remuneration from the government and private firms.

The program was also to allow the athletes to earn commercial endorsement without forfeiting their Olympic eligibility. In 1990, he was in Winterberg, Germany to compete in the World Cup bobsled race. He teamed with US Olympian Brian Shimer, to win the two-man bronze medal. In 2000, he won elections to become the chairperson of the Laureus World Sports Academy.

Edwin Moses married Myrella Bordt in 1982 and divorced in 1991. He then married Michelle Moses in 2007. Moses has a son Julian Moses. He is a vegetarian.

The Miami Boulevard West and Sunrise Avenue in Dayton was in 1984 named "Edwin C. Moses Boulevard" in his honor. He received induction into the National Track and Field Hall of Fame in 1994.