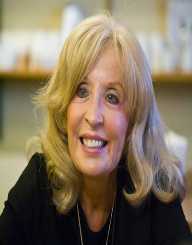 Edna Buchanan was born as Edna Rydzik in 1939 in Patterson in New Jersey. She is a graduate of Montclair State College. She developed an early passion for journalism. At the age of four years, she started experimenting with her passion for her parents and peers. She wrote simple manuscripts and read them to her parents.

After graduating from college, she relocated to Miami, Florida. She was employed by the Miami Beach Daily Sun, a local newspaper in Florida. She excelled in her duties and was seconded to the crime reporting section in 1970. Three years later in 1973, Buchanan became a celebrated figure in crime reporting. At the start of the 1970s, Miami was the entry point of narcotics from Central America into the US and beyond.

She became the most visible female crime reporters in Miami. She was hired by the Miami Herald as a crime columnist and reporter of the police beat. During this time, she uncovered and reported thousands of violent gang and drug-related crimes in Miami.

Buchanan published her maiden book in 1979. The real-life book was titled Carr, Five Years of Rape and Murder. In this thriller, she recounted the confession of Robert Frederick Carr in the five years of the gang and violent criminal activities.

Although the book was positively welcomed, Buchanan did not write another book until 1990. She wrote other real-life books in 1987 and in the 1990s. In 1987, she published a book titled The Corpse Had A Familiar Face: Covering Miami, America’s Hottest Beat. In this autobiography, Buchanan spoke about the victims of the fatal crimes she encountered in her line of duty. She narrated how most of the victims were from familiar families and neighborhoods. The autobiography inspired two movies.

In 1992, she published two books. She first wrote Never Let Them See You Cry: More From Miami, America’s Hottest Beat. The second book of the year was titled Vice: Life and Death in the Streets of Miami. All these books were an expression of the real-life experiences she encountered in her life journalistic life in Miami.

Buchanan wrote numerous fiction books. The most notable fiction book was titled Miami, Its Murder published in 1994. The book won a nomination for the Edgar Award the following year. In 1990 she published the novel Nobody Lives Forever. In 1998 the book was adapted into a movie. In 1992 she wrote the book Contents under Pressure. Two years later, she published the novel Miami, its Murder. In 1995, she produced Suitable for Farming. It was followed by Act of betrayal in 1996. She did four other books in the 1990s. She published Naked Came the Manatee, published in 1996. The book was followed by Margin of Error in 1997, Pulse in 1998, and the last book of the 1990s titled Garden of Evil: A Britt Montero Mystery in 1999.

In the 2000s, she published her first novel in 2001. The novel was titled You Only Die Twice. It was followed by the 2002 novel, The Ice Maiden. Two years later, she published the book Cold Case Squad. In 2005, she wrote and released the novel Shadows. In 2007, Buchanan published Love Kills: A Britt Montero novel. This was a follow up on the earlier book published in 1999. She did the book Legally Dead in 2008, and the last one in 2011 titled A Dark and Lonely Place.

In recent times, Buchanan featured in a documentary titled the Last Resort {Miami Beach}. Buchanan tells the story of her life as a journalist in Miami.

Buchanan became a figure of controversy in 1990. She was quoted in the book Blue Thunder: How the Mafia Owned and Finally Murdered cigarette Boat King, Donald Aronow. While confirming she did an interview with the authors, Buchanan dismissed the quotes as merely personal opinions she gave. She only gave out a background and institutional history on the subject and not factual information.

She belatedly approached the authors and publisher on the matter. She implored them to delete her quotes and opinions. The publisher rejected her plea as being late for the corrections.

In all her active career, Buchanan based her books on the experiences she got in Miami.