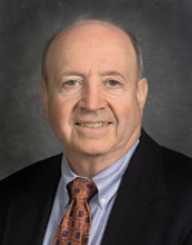 Donald A. Glaser did his early education in public schools in Cleveland Heights, Ohio. He then did a B.Sc. in physics and mathematics at the Case Institute of Technology, graduating in 1946. His thesis focused on his research, an electron diffraction study of the properties of thin metallic films evaporated onto crystalline metal substrates.

After obtaining his degree, Glaser worked as a teacher of mathematics at the Case Institute of Technology. Then in late 1946, he became his graduate study at the California Institute of Technology. Glaser was awarded his Ph.D. in physics and mathematics (1950). His doctoral thesis research was an experimental study of the momentum spectrum of high-energy cosmic ray and mesons at sea level.

His research focused on the elementary particles of physics with a particular interest in foreign particles. This investigation led to the invention of the bubble chamber in 1952. After that, his work was with the development of various types of bubble chambers for experiments in high-energy nuclear physics. Glaser also carried out experiments in elementary particles at the Bevatron of the Lawrence Radiation Laboratory in California and the Cosmotron of the Brookhaven National Laboratory in New York.

In the early 1960s, Glaser decided to concentrate on the new field of molecular biology. As a graduate student, he had been interested in the work of Physicist Professor Max Delbruck who was researching the genetics of microorganisms. His research proved that the genetic molecules DNA and RNA in organisms are identical to human cells. Thus, the biotechnology industry began. Glaser and his students focused on studying the control of DNA synthesis in bacteria. A study of mutations in cultivated Chinese hamster ovary cells caused abnormal sensitivity to ultraviolet light, the exposure of which converted the mutated cells into cancer cells. The genes involved are also found in humans and lead to xeroderma pigmentosum in humans.

Glaser’s first business venture was founding Berkeley Scientific Laboratory with Bill Wattenburg. They worked on automating diagnostic procedures but the venture folded after a short time. Then in 1971, he founded Cetus Corporation with Peter Farley, Moshe Alafi, and Ron Cape. This was the world’s first biotechnology company which was eventually purchased by Chiron Corporation in the early 1990s.

In his later years, Glaser also worked as a consultant and advisor.

Donald A. Glaser won numerous awards for his work including the Charles Vernon Boys Prize of the Physical Society, London (1958). The American Physical Society Prize (1959). In 1960 he was awarded the Nobel Prize in Physics for his invention of the bubble chamber. Guggenheim Fellowship for Natural Sciences, US & Canada (1961) and the Elliot Cresson Medal (1961).

Glaser’s first wife was Ruth Bonnie Thompson whom he married in 1960. The couple had two children: a daughter, Ruth and a son, William. In 1975 he married Lynn Bercovitz, and the couple remained together until his death in 2013.