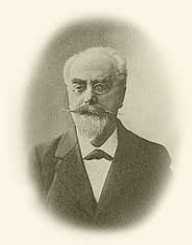 Gabriel Lippmann was a French physicist and the 1908 Nobel Prize winner in physics. He was the pioneer of some of the modern technologies like laser holography. His research findings during career came to form the basis of current research in different technologies. His works have had a great impact in the field of physics and a great influence to other physicists. His theory in the capturing of colored object’ images was among his famous work, and he is best remembered for it. It also earned him the 1908 Nobel Prize for his contributions in physics.

Gabriel Lippmann was born on August 16th, 1845. His place of birth was in Hollerich in Luxembourg City. His parents were Isaïe and Rose Levy. His father ran his own business in glove making. His mother, on the other hand, was a homemaker. The family relocated to Paris in1848.

Before Gabriel Lippmann joined the school, his mother gave him a few lessons. In 1858 he began his schooling in Lycee Henry-IV formerly known as Lycee Napoleon. Ten years later he joined Ecole Normale located in Paris in 1868. Lippmann favorite subject was physics. He would, therefore, devote most of his time and concentration on the subject. He neglected the other subjects and ended up failing his examination.

He then joined Heidelberg University located in Germany. He was among those appointed by the French government to a research mission. They were to identify best ways that science subjects could be taught. Here he majored in his best subject physics under Gustav Kirchoff.  By 1874 he had attained his doctorate. In 1875 presented his electro-capillarity’ thesis for his Ph.D. to Sorbonne and became a physics professor in 1978.

Gabriel Lippmann was the mastermind behind the development of applications such as the waves used in Ultrasound and ECG among others. This was through his observation in 1981 about a reverse effect of the phenomenon of the piezoelectric. In 1883 he became a mathematical physics professor. In the same year, he established Gabriel Lippmann Electrometer which led to the being of ECG machine. In 1886 he was appointed the director of Research Laboratory a position he held till he died. In 1892 he joined Société française de photographer where he became president in 1896. He quit the position in 1899

After thorough research on the capturing of colored objects, he finally published his report on the findings in 1894. His theory led to many developments including laser holography. He also invented coelostat device which allowed a star in the sky to be captured without unnecessary interference from its surrounding. Currently, many devices he invented are used to teach in physics classes.

In 1912 joined Academy of Sciences and became its president. He was also a foreign member of Board of the Bureau des Longitudes. This was a board in London for the royal society.

Not much is known about Gabriel Lippmann’s personal life except that in 1988 he wedded the daughter of Victor Cherbuliez, a novelist.