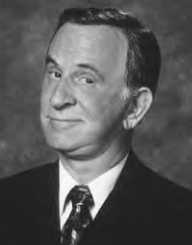 Don Adams was an American actor and comedian who is best known for the comedy show, Get Smart.

Don Adams was born on 13 April 1923 in Manhattan, New York as Donald James Yarmy. Adams parents were William Yarmy and Consuelo née Deiter. His father was Jewish and his mother, a Roman Catholic. Adams was raised Roman Catholic, and his brother Dick Yarmy was raised Jewish. Adams dropped out of high school to work as a theatre usher; he had attended DeWitt Clinton High School. Adams joined the US Marine Corp during the Second World War. Adams fought at the Battle of Guadalcanal; the battle was seen as turning point in the Pacific Theatre as the American forces defeated the Japanese. Adams was shot during his service and contracted a severe bout of malaria and had to spend over a year in a hospital. Adams spent his time in hospital in New Zealand. He then became a drill instructor for the US Marine Corp.

Adams first appeared on television in 1954 as he won the Arthur Godfrey’s talent scouts. The show was a talent show and performed a stand-up routine. The SteveAllen Show invited Adams to appear on eleven occasions. Adams also appeared on The Perry Como Show. He acted in the sitcom, The Bill Dana Show, from 1963 to 1965. His biggest hit came in 1965 when the comedy Get Smart debuted. Mel Brooks and Buck Henry created the show. The show was a satire of the secret agent genre of films and in particular, took its humor from the James Bond and Pink Panther series of films in particular. The show was produced for ABC, but the network turned it down. It was picked up by NBC who cast Adams as the star of the show.

Don Adams played Maxwell Smart, also known as Agent 86, a bumbling secret agent who works for American counterintelligence. Despite his ineptitude, Adams’ character never fails to complete the mission. The show was an instant hit and ran for five seasons and one hundred and thirty-eight episodes. The show was also aired on CBS and also spawned some famous catchphrases from Adams. Adams failed to recreate the success of getting Smart in his next TV efforts. He hosted his game show, Don Adams’ Screen Test, which lasted twenty-six episodes. The show saw members of the public attempt to recreate famous Hollywood scenes. Adams had more success performing on stage and in clubs as a stand-up and a comedic personality. The animated show, Tennessee Tuxedo, and His Tales saw Adams began to do voice-over work. The show ran for seventy-two episodes over three seasons.

In the 1980s Don Adams provided the voice of Inspector Gadget in the animated series. Fox attempted to revive the Get Smart series in 1995, with Adams reprising his role, but the show was canceled after just seven episodes. Adams also leaned his voice to the animated Disney show, Pepper Ann, playing the local school principal. Adams last work was the voice of Brain the Dog in the 1999 movie, Inspector Gadget.

Adams married Adelaide Efantis in 1946. Efantis was a singer performed under the stage name Adelaide Adams, and it was from this that he adopted the last name, Adams. Adams and Efantis divorced in 1960, and he married Dorothy Bracken the same year. His marriage to Bracken ended in divorce in 1976. He married Judy Luciano in 1977 and divorced her in 1990. Adams had seven children. Adams succumbed to a combination of Lymphoma and a lung infection on 25 September 2005.