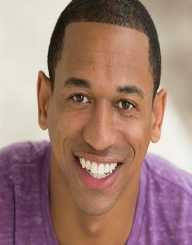 Oladeji Daniel Olatunji was born in London on the 9 December 1996. His parents Yinka Olatunji and Jide Olatunji are Nigerians who brought their two sons up in the UK. Olatunji has an older brother JJ, also a YouTube star, with a subscriber base of fifteen million.

Initially, ?Oladeji Olatunji's parents were concerned about their idea to try and make a living out of vlogging, but once their eldest boy started becoming successful, they realized that their talented sons could make a success in the entertainment business. They now actively support their sons by appearing in their videos. The brothers help each other and look on one another’s channels. His older brother JJ’s YouTube name is KSI. Olatunji’s YouTube handle is Comedy Shorts Gamer.

Oladeji Olatunji’s YouTube channel is mostly about gaming and pranks with a lot of comedy and hi-jinx involved. Subscribers love it, and he has over eight million subscribers.