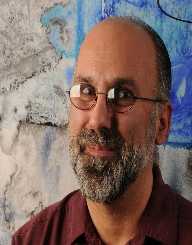 American virologist David Baltimore was born on the 7 March 1938 in New York City to Richard Baltimore and Gertrude Lipschitz. He was a gifted student who showed an early aptitude for science.

During his high school years, David Baltimore was chosen to participate in a summer programme for students showing excellence in science that was held at the Jackson Laboratory in Bar Harbor, Maine.

Baltimore studied for a BA at Swarthmore College, Pennsylvania which he achieved with honors in Chemistry (1956-1960). He began with biology as his major but then changed to chemistry. While at Swarthmore College he spent the summer break working at Cold Spring Laboratories under Dr. George Streisinger and developed an interest in molecular biology.

David Baltimore then did a few courses towards his Ph.D. through the Massachusetts Institute of Technology, Cambridge (1960-1961). He then did his doctorate at Rockefeller University, New York (1961-1964). Baltimore was also a research fellow at the Albert Einstein College of Medicine in the Bronx.

David Baltimore's first position was at the Salk Institute in La Jolla, California where he worked with Dr. Renato Dulbecco. Dulbecco had developed new ways of studying animal viruses in the laboratory.

By the time Baltimore received the Nobel Prize in 1975, Baltimore was thinking about moving from virology to immunology and from that time on his research was a combination of immunology and virology. His interest focused on using retrovirus vectors to modify the immune system.

During 1882 David Baltimore was involved in the setting up of the Whitehead Institute for Biomedical Research, a self-governed non-profit research institute focusing on biomedical research. The institute was established with a charitable donation from philanthropist Edwin C Whitehead. Baltimore assisted in formulating the structure of an affiliation agreement with MIT and became the founding director. In the early 1990s, the institute was established as one of the top research institutes in the world. Work carried out by the institution included research into molecular biology and genetics and as such played a pivotal role in the Human Genome Project.

In 1990 David Baltimore became president of the Rockefeller Institute. His term lasted until 1991, and he returned to MIT in 1994. He left MIT in 1997 to serve as president of Caltech (the California Institute of Technology where he remained until 2006. He then was appointed the president of the American Association for the Advancement of Science for a three-year term.

Baltimore is a strong supporter and advocate for stem-cell research.

David Baltimore was an early advocate for government-sponsored research into the AIDS virus, and in December 1996 he was appointed the head of an AIDS vaccine research panel for the Office of AIDS Research at the National Institute of Health.

The 1975 Nobel Prize in Physiology or Medicine was awarded jointly to  David Baltimore, Renato Dulbecco, and Howard M. Temin. They won the prize for their discoveries relating to the interaction between tumor viruses and the genetic material of the cell.

President Clinton presented Baltimore with the National Medal of Science and Technology in 2000 for his work in virology, immunology and molecular biology.