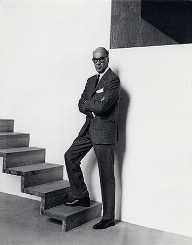 Luis Barragán was a Mexican architect and engineer. Born on March 9, 1902, his works architectural works has become a source of study for and visited by students and professors of architecture. Barragan's works influenced modern-day architects both visually and conceptually. In 1980, Barragán received the Pritzker Prize in, the highest award in architecture for his breathtaking architectural works. In 2004, UNESCO declared his home, Luis Barragán House and Studio, a World Heritage Site.

Luis Barragán was born on March 9, 1902, in Guadalajara in Jalisco, Mexico. He enrolled at the EscuelaLibre de Ingenieros in Guadalajara, where he studied engineering and after graduating continued his studies in civil engineering earning his degree in 1923. After graduating from school, he took a tour to Europe first to Spain and later to France. It was in France that he came across the published works of German-France writer, artist, and designer, Ferdinand Bac. Bac’s practices had a significant influence on Barragán, and he referred to him severally throughout his career. He also visited countries like Italy and Greece.

After his return to his home country, Luis Barragán worked with his brother Juan Jose, and the first project by them was completed in 1927. He returned to Europe in 1931, this time to France after having a long-stopover in New York during which he met Mexican mural painter José, architect Frederick Kiesler, and some architectural magazine editors. While in France, he met with Le Corbusier, who influenced his work greatly. Back to Guadalajara, he began to create what is termed “emotional architecture” that encourage quietude and meditation.

Luis Barragán's works in Guadalajara include several private homes in the Colonia Americana area. These projects include his earliest residential projects. Barragán moved to Mexico City in 1935, and during this time, he began to apply the principles of Le Corbusier and the International School on his works. Later in his career, he developed his concept and approach including natural sitting, simple surfaces, water features, and the use of colours in his works.

Luis Barragán worked primarily in his home city of Guadalajara and Mexico. He did the planning the residential development of Jardines del Pedregal, Mexico City in 1947. In 1945, he built his house and studio, Luis Barragán House and Studio, in Tacubaya, currently declared a World Heritage Site by UNESCO. He rebuilt the Convento de las Capuchinas Sacramentarias in Tlalpan, Mexico City in 1955 and planned the Torres de Satélite in 1957. His other works include the residential area, Las Arboledes, and alongside architect Juan Sordo Madaleno designed the Lomas Verdes residential are in 1964. One of his most impressive works, the San Cristóbal Estates was done in 1967.

The celebrated Mexican architect received several honours including the Pritzker Architectural Prize in 1980. Luis Barragán was honoured with a retrospective exhibition at the Museum of Modern Arts in New York City in 1975.