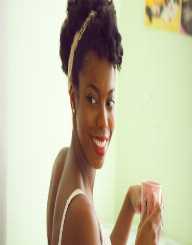 As a teenager, Danitra Vance attended the Thornton Township High School. While there, she started acting in school plays. This encouraged her to pursue acting as a career.

As a young adult, Danitra Vance attended the National College of Education for a short time before transferring to Roosevelt University. She later graduated from this school with honors. After graduating from this school, she went on to attend the Webber Douglas Academy of Dramatic Art. While there, she studied drama.

Danitra Vance’s professional theater career began around the early 1980’s. Around this time, she was performing at the BACA Downtown. While there, she had the opportunity to work on her craft. Soon after, in 1986, Danitra Vance appeared in one of her first major plays called The Colored Museum, in which she played several roles.

In 1990, Danitra Vance appeared in her next major play, Spunk: Three Tales by Zora Neale Hurston.

After being diagnosed with breast cancer, Danitra Vance wrote the play The Radical Girl’s Guide for Mastectomy. This play was meant to be semi-autobiographical, showing the struggles of a woman facing breast cancer. This play ran off-Broadway, shortly after it was written, in 1991. She appeared in her last major play, Marisol, in 1993. She played an angel in this performance just one year before she passed away.

Danitra Vance began acting on television in 1985 when she first appeared on the hit comedy skit show Saturday Night Live. Over the course of her time on this show (17 episodes over the course of about a year), Vance played the various character, including Aquanetta Feinstein and Cabrini Green Jackson. One of her most famous acts on the show was her hilarious celebrity impressions. Danitra Vance also performed in the band on this show. One thing that stood out about her on this show (other than her fantastic sense of humor) was that she was the first black lesbian actress on the show. Being on this show would later be known as Vance’s biggest claim to fame.

After leaving Saturday Night Live in 1986, Danitra Vance went to on to appear as a guest star on Miami Vice and Trying Times in the late 1980’s. She also appeared in the film Sticky Fingers as the character Evanston, Limit Up as Nike, The War of the Roses as the manicurist trainee, and in the made-for-television movie The Cover Girl and the Cop.

Danitra Vance did not appear in much during the 1990’s. In 1990, she played Brenda in the made-for-television movie Sisters. Her last year of acting on screen was in 1991. In this year she appeared on the televisions show Great Performers and in the films Hangin; with the Homeboys, Little Man Tate, and Jumpin’ at the Boneyard.

Danitra Vance earned an Obie Award for her performance in the play Spunk: Three Tales by Zora Neale Hurston.

In 1990, Danitra Vance was diagnosed with advanced-stage breast cancer. This cancer debilitated her and forced her to slow down on her acting. She had a mastectomy in 1991. However, her cancer returned in 1993. Danitra Vance died on August 21, 1994, in Markham, Illinois, USA. She was only 40 years old when she passed away.