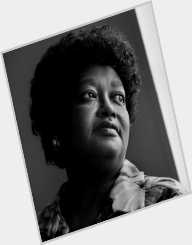 At an early age of 15, rebellious Claudette Colvin stood against the bus segregation laws – Blacks vs. Whites. She asked for justice & her rights, got arrested for violation of laws, went on probation, and finally was forgotten when Rosa Parks became the face of the Civil Rights Movement.

Although Colvin showed great bravery in standing up against the ill norms of the society of that period, her case was not promoted on accounts of her being a teenager, and also being pregnant sometime later, after the incident. The first Champion of the Rights of the Black people Claudette Colvin thus remains a name largely forgotten or not heard of.

Claudette Colvin was an adopted child of C.P.Colvin, a lawn mower, and Mary Anne, a maid. She was born on September 5, 1939. Growing up in Montgomery, Alabama, a neighborhood famous for drug addicts and segregation, Claudette had first-hand experiences of oppression. Even her mother beat her when she saw two white boys trying to make fun of Colvin. Naturally, she grew into a headstrong, defiant girl who would fight for what she believed in.

Claudette Colvin attended the Booker T. Washington High School. It was there that she experienced racism when she was asked to vacate her seat for a white woman. This came to be known as the famous Montgomery Bus Incident. She refused and cited her constitutional rights. The police were called, and Colvin got arrested for violating laws, disruption of peace and assault.

Fearing retaliation, her family decided to keep quiet and even the Civil Rights leaders hesitated in making her an icon for the movement. Nine months later, Rosa Parks came along with a similar incident. As for Claudette Colvin, this incident earned her too much infamy, and she had to drop out of school.

Claudette Colvin later became a petitioner in the Browder v. Gayle case. She testified along with four other people. This incident resulted in the declaration that made the bus segregation laws unconstitutional in 1956.

Claudette Colvin left for New York 2 years later in 1958. She had a son by then, named Raymond. The reason for her migration was the notoriety she gained from her rebellion. Rather than coming out in support of her, her community branded her as a trouble-maker.

Facing a social boycott, and lack of employment opportunities, she found help from her sister Velma, who lived in New York. Colvin worked as a nurse aide in New York for more than three decades of her life. She rarely talked about the bus incident anymore.

Claudette Colvin became a teenage mother in 1956 when she gave birth to a boy named Raymond. Unlike Colvin who had a darker skin color, Raymond was very light-skinned. Some people questioned if the father was a white male. In New York, Colvin gave birth to another son, Randy. Her first son died in 1993. Colvin has remained unmarried all her life.