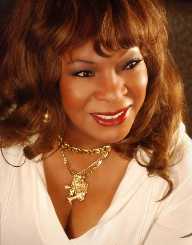 Martha Rose Reeves is an American singer and former politician. Born on July 18, 1941, she is the lead singer of the Motown female group Martha Reeves and the Vandellas. The band released several hit singles including Come and Get These Memories, Heat Wave, and the hit Dancing In The Street. She went solo in 1974, recording a soundtrack for one of the last Blaxploitation films, Willie Dynamite, alongside jazz trombonist J.J Johnson. As a politician, she served as a council member for Detroit, Michigan from 2005 to 2009.

Martha Reeves was born on July 18, 1941, Eufaula, Alabama. She was the third child of eleven by Elijah Joshua Reeves and Ruby Lee Gilmore Reeves. At a very young age, the family moved to Detroit, Michigan. Her grandfather Reverend Elijah Reeves was at that time a minister at the Metropolitan Church in Detroit. Her parents were active members of the church choir, withRuby singing, and Elijah playing the guitar. It was through this that their children especially Martha gained interest in singing.

Martha attended Northeastern High School, Detroit where she was part of the school choir. Despite coming from a gospel background and being inspired by singers like Della Reese and Lena Horne, Martha gained a keen interest in R&B and doo-wop music.

In 1960, Martha Reeves joined the girl group called, The Del-Phis comprising of other members like Annette Beard, Rosalind Ashford, and Gloria Williams. She had previously entered the group the Fascinations in 1959. She performed jazz and blues standards in some nightclubs in Detroit during the night after working on several odd days in the day. It was during such a performance at the 20 Grand that she caught the attention of Motown A&R director Mickey Stevenson who invited her for an audition.

Martha Reeves honored the invitation, but then Stevenson initially assigned her to secretarial duties and later became his right hand. The Del-Phis later changed to The Vels, and with Martha’s involvement, they acted as background vocalists for several musicians including Marvin Gaye for most of his works. The group later metamorphosed to Martha and the Vandellas.

The Rise Of Martha And The Vandellas

With hard and dedication Martha Reeves helped the group to move from being background singers into a formidable recording group. They recorded Come and Get These Memories and later came out with Heat Wave under Checker and Checkmate Records. The Heat Wave became a hit with millions of sales making the band one of the tops draws in recording and live performance for the label. Two of the original members of the group Annette Beard and Rosalind Ashford left and were replaced by former members of the Velvelettes Sandra Tilley and Betty Kelly along with Martha’s sister, Lois Reeves.

Martha and the Vandellas released hit singles like Quicksand, Live Wire, In My Lonely Room, Nowhere to Run, I’m Ready for Love and A love Live Yours (Don’t Come Knocking Everyday). Dancing in the Street became one of their most popular tracks. They also made appearances on television shows like The Mike Douglas Show, American Bandstand, Soul Train, The Ed Sullivan Show, Ready to Go, and The Joey Bishop Show among several others. They released the album Black Magic, 1972 and shortly afterward, the band disbanded.

Martha Reeves ended her contract with Motown after the company moved from Detroit to Los Angeles. She also later moved to Los Angeles, where she signed with MCA record for her solo projects. In 1974, she worked alongside legendary jazz trombonist J.J Johnson to release the soundtrack for the blaxploitation film, Willie Dynamite. That same year MCA released her self-titled debut solo album produced by Richard Perry. The album cost $250,000, making it arguably the most expensive album released at the time. It featured musicians like James Taylor, Billy Preston, and Joe Sample. Despite being critically acclaimed, it was not commercially successful.

Under the label Arista, Martha Reeves released the Rest of My Life in 1977, and two albums We Meet Again, 1978 and Gotta Keep Moving, 1980 under Fantasy label. In 2004, she released the album Home to You. After serving on the Detroit City Council, Martha returned to music fulltime and had played several shows and embarked on numerous tours.

While in Los Angeles, Martha Reeves took some acting courses at Lee Strasberg Institute. She appeared in the films Fairy Tales and the television series Quincy, ME. She performed in the Broadway production of Aint Misbehavin. Her song Wild Night is featured among the soundtrack of the movie Thelma & Louise. She made a cameo in the film Tenacious D in The Pick of Destiny as a passer-by.

Martha Rose Reeves serves on the board of the Detroit chapter of SAG-AFTRA and the board of SoundExchange. She testified on behalf of musicians, session singers, and recording artists for better wages and royalties in Congress in 2007.

Martha Rose Reeves became a devoted Christian in 1977, with the help of former Motown producer, Frank Wilson. She has been married twice and has a son Eric Reeve. She served on the Detroit City Council from 2005 to 2009.