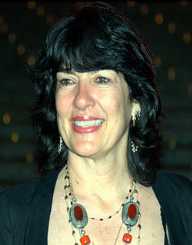 Christiane Amanpour was born 12th January 1958, in London, England. Amanpour grew up in Tehran, due to her father being a native of Iran. Her mother is from England.

Amanpour did her early schooling in Iran, and at the age of 11, was sent to boarding school in England. She went to Holy Cross Convent, and then at age 16, she was enrolled at New Hall School in Essex.

When she finished her schooling at New Hall School, Christiane Amanpour relocated to the U.S. to study journalism at the University of Rhode Island. She graduated in 1983 with her bachelor’s degree in journalism.

Christiane Amanpour was hired by CNN as an entry-level desk assistant for the foreign desk in Atlanta in 1983. Throughout the 1980s, Amanpour covered foreign news stories. Her first major assignment was covering the Iran-Iraq War.

Christiane Amanpour established herself as a solid reporter in war-torn areas, securing herself exclusive interviews with world leaders. Her news stories have come from areas such as Iran, Israel, Somalia, Rwanda, Pakistan, the Palestinian territories and the Balkans. She also reported in the U.S. during Hurricane Katrina. She became a special correspondent for 60 Minutes between 1996 and 2005. As well as her fans, Amanpour has had her critics. Some believe her reporting is biased and one-sided, for which she makes no apologies.

In 2010, Christiane Amanpour left CNN and went to the ABC. She was offered the position to anchor the program This Week which she accepted. Her first broadcast in the position was August 2010. The ratings for the show plummeted, and in December 2011, ABC announced that Amanpour would be leaving to return to CNN. Under a special arrangement, she worked for both networks concurrently for a period during 2012, before returning to CNN.

Amanpour sits on the boards of the various organizations, including, the Committee to Protect Journalists, the International Women’s Media Foundation, and the Institute for War and Peace Reporting.

Christiane Amanpour has won well over 40 awards and honors. These include two George Foster Peabody Awards, and 11 Emmy Awards for news and documentary stories.

In 1998, Christiane Amanpour married James Rubin. Rubin is a former U.S. Assistant Secretary of State and has been an informal advisor to both Hillary Clinton and Barack Obama.  The couple has a son, Darius.

Although they lived in the United States for years, in 2013 they relocated to England on a permanent basis.