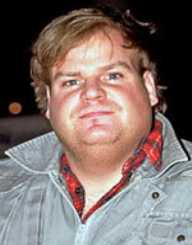 American actor and comedian Christopher Crosby Farley was born on February 15, 1964, in Madison, Wisconsin, United States of America. His father Thomas John Farley, Sr. was the owner of an oil company and his mother, Mary Anne (née Crosby), was a homemaker. Chris Farley was the middle child among the five children of his parents. Actors Kevin P. Farley and John Farley were among his siblings. His family is Roman Catholic and was of Irish and Scottish ancestry.

Chris Farley attended the Edgewood High School of the Sacred Heart among various other Catholic schools in his hometown. He studied Theater and Communications at Marquette University and graduated from there in 1986. During his University days, he discovered his love and passion for comedy. He used to make other students laugh since his Catholic grade school years. He embarked upon a journey of professional comedy at the Ark Improv theater group of Madison and the Improv Olympic Theater of Chicago. There, he found his mentor Del Close, who was also the tutor of John Belushi, Farley’s idol in comedy.

Chris Farley was working with his father in his Scotch Oil Company for a livelihood after completion of his graduation. He joined the cast of Chicago’s Second City Theatre as part of their touring group. He was soon promoted to their main stage after giving some hilarious performances on stage. He was noticed and discovered by Lorne Michaels, producer of Premier American Television Comedy show Saturday Night Live. Farley debuted for the immensely popular comedy show during the 1990-91 season. He along with another debutant Chris Rock and other fellow cast members Rob Schneider, David Spade and Adam Sandler collaborated wonderfully well among themselves and came to be known as the "Bad Boys of SNL."

Among the most popular and enchanting character, Chris Farley played on the Saturday Night Live Show was the character of Matt Foley, an excessively flamboyant motivational speaker with a quirky sense of comedy. He observed the technique of a high pitched, but with a restrained, subdued volume/suppressed indistinct voice, his father used when he was angry and adopted this approach in his mannerism during his portrayal of different comic characters.

Among Chris Farley's most famous and well-liked characters is Todd O'Connor of Bill Swerski's Superfans, a Chippendale's dancer, one of the "Gap Girls" who frequently spent time together at a local mall, a hackneyed lunch lady in Lunchlady Land.  Other characters were Bennett Brauer, a Weekend Update commentator who often disclosed his own and healthful living difficulties via air quotes and as himself in The Chris Farley Show, a talk show in which he fumblingly interviewed celebrity guests like Jeff Daniels and Martin Scorsese. He often indulged in a self-deprecating physical brand of comedy based upon his enormous size.

Farley and his fellow comedian Adam Sandler were notorious for their pranks off-screen. They used to make late night prank calls from the SNL offices in the Rockefeller Centre. While Sandler imitated the voice of an old woman, Farley farted into the phone and mooning cars from a limousine. He used to get naked at the drop of a hat and did various stunts for a laugh. NBC fired both Sandler and Farley from the show of SNL in 1995.

Chris Farley was successful in launching his film career in 1992. He played the character of a security guard in his debut film ‘Wayne's World.’ He followed it with appearing in its sequel in 1993 and also featuring in the films ‘Coneheads’ (1993) and ‘Airheads’ (1994). Following the 1994-95 season, Farley and most of his fellow cast members were released from their contract with Saturday Night Live production.

Concentrating solely on his film career, Farley landed his first lead role in the hit ‘Tommy Boy’ along with another box office success ‘Black Sheep.’ In both these films, he paired with his fellow SNL colleague and close friend David Spade. Around 32 million dollars per movie was the box office collection for these two films and created a craze among the fans on home video.

The twin success of his two films made Chris Farley a dependable as well as a sellable star and facilitated him in capturing the title role of Beverly Hills Ninja. The film finished first at the box office on its opening weekend. His last film in the lead role was in the film ‘Almost Heroes,’ which was released after his death in 1998. Besides, he completed the shooting of another film called ‘Dirty Work’ before his death, which also was released posthumously in the same year.

Chris Farley received the MTV movie award for best onscreen duo along with his co-star David Spade for their movie ‘Tommy Boy’ in 1996.

In 2005, he was posthumously awarded a star on the Hollywood Walk of Fame.

All through his life, Chris Farley was a victim of drug and alcohol abuse. His father was an alcoholic and Farley was also consumed by fame’s spotlight early in his career struggling with all types of drugs and liquor. As a result, he was in and out of rehabilitation center more than a dozen times within a two-year span. He led a highly undisciplined life with a habit of indulging in hired sex on a regular basis. He was obese for most of his life weighing around 296 pounds at the time of his death.

Notorious for his gluttony and heavy drinking habits, Chris Farley often indulged in highly excessive, out of control behaviour. He was also a constant attention seeker both on and off screen.

Chris Farley was found dead in his Chicago apartment on December 18, 1997. The death was the result of an extreme binge of substance abuse while party hopping. An autopsy revealed that he died due to an overdose of cocaine and morphine. Atherosclerosis, a disease of the arteries is said to be a significant contributing factor in his death. Incidentally, Farley’s idol John Belushi also died in a similar circumstance of an overdose of cocaine and heroin at the age 33.