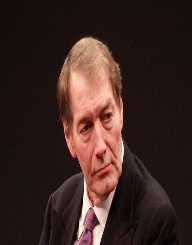 Born on January 5, 1942, Charles Peete Rose Jr. is an American journalist and former host of the talk show “Charlie Rose” on Bloomberg LP and PBS. Hewas also the executive producer of the show, which spanned from 1991 to 2017. From 2012 to 2017, he was the co-anchor of CBS’s This Morning and later replaced the anchor for the CBS Evening News.

Charlie Rose career at CBS came to an abrupt end in 2017, after an accusation of sexual harassment. PBS also canceled his show, Charlie Rose. He has been stripped off most of his honors by Universities and awarding bodies since the incident came out.

Charlie Rose was born on January 5, 1942, in Henderson, North Carolina. He is the only child of Charles Peete Rose and Margaret. His father was a tobacco farmer and owned a country store. At the young age of seven, he started helping his parents out in their business. Rose had his education at the Henderson High School, where he was active in sports and played basketball. He continued his education at the Duke University, graduating with a Bachelor Degree in History in 1964. While there, he was a member of the Kappa Alpha Order fraternity. Four years later, he earned his Juris Doctor from the Duke University School of Law.

Charlie Rose started his career in journalism as a freelancer with the BBC where his wife was working. In 1972, WPIX-TV hired him as a weekend reporter, while working with Bankers Trust. Two years later, he landed a job as a managing editor of PBS’s series Bill Moyer’s International Report. This was when he had a breakthrough in journalism. Moyers appointed him as executive producer of Bill Moyers Journal in 1975.

Charlie Rose gained fame with his interview skills, working with many other networks. He was later hired as a program manager of NBC’s affiliate KXAS-TV in Dallas-Fort Worth. He then started the late-night show The Charlie Rose Show. From 1984 to 1990, he worked with CBS News as the anchor of CBS News Nightwatch. His extensive interview with Charles Manson in 1987, broadcasted on Nightwatch won an Emmy Award in the News & Documentary category.

Charlie Rose left CBS in 1990 to become an anchor for Fox TV’s syndicated program, Personalities. He left the program after six weeks into production, since he couldn’t see himself hosting a tabloid-like news program. After quitting the show, he moved his Charlie Rose show to Thirteen/WNET-TVan affiliation of PBS. The focus of the show is engaging in a one-on-one interview with top politicians, sports figures, scientist, writers, celebrities, and other famous figures. The show syndicated nationally and broadcasts on 215 PBS affiliates. From 2003 to 2009, Rose served on the Board of Directors of Citadel Broadcasting Corporation. Throughout his career, Rose has conducted over 100,000 interviews. Some famous interviewees include President Bill Clinton, Nelson Mandela, Bill Gate, Steve Jobs, Madonna, and Meryl Streep.

On November 20, 2017, The Washington Post reported alleged sexual accusations against Rose by eight women. The women who were workers and aspiring workers of Charlie Rose accused him of making lustful calls, fondling, and plotting to show his nakedness to them. This happened within the space of late 1990’s to 2011. Immediately after the news broke, Bloomberg and PBS halted the circulation of Rose show.

His employer, CBS, also suspended him. The three media houses within the next 24 hours ended their contract with Rose. In a statement, Charlie Rose owned up to the accusations and apologized accordingly.

Charlie Rose was married to Mary Rose from 1968 to 1980. He moved on to date former New York City Planning Commissioner and socialite, Amanda Burden. The two dated from 1992 to 2006. In 2006, Charlie Rose suffered shortness of breath, while in Syria. He had to be flown to Paris to undergo a mitral valve repair surgery in the Georges-Pompidou European Hospital.

Charlie Rose has received many honorary degrees from institutions like Duke University, Sewanee: The University of the South and a doctorate from the State University of New York Oswego. However, most of his honorary degrees have been revoked since issues of his sexual harassment came out. Other awards rescinded are the Walter Cronkite Award for Excellence in Journalism.