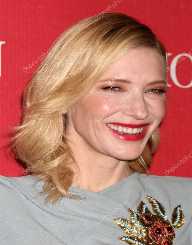 Cate Blanchett has appeared in more than 50 films, and 20 theatre works. Her films include The Talented Mr. Ripley, The Lord of the Rings trilogy, (2001-2003,) Babel, 2006, How to Train Your Dragon 2 (2004) and Cinderella, 2015. Her stage works also includes Ophelia in Hamlet in 1994 at the Belvoir St Theatre in Sydney. Blanchett has won numerous awards including Academy Awards, Golden Globe Awards, and BAFTA among several others.

In 1997, Cate Blanchett made a debut in a feature film playing a supporting role in the film Paradise Road. That same year, she had her first lead role, playing as Lucinda Leplastrier opposite Ralph Fiennes in the Gillian Armstrong romantic drama, Oscar, and Lucinda. Her performance in the film earned her an AFI Award nomination for Best Leading Actress, which she lost to Deborah Mailman. She came back strongly to win the AFI Best Actress Award for her role in Thank God He Met Lizzie in 1997.

Catherine Elise Blanchett made an acting breakthrough and came to stardom with her role as Elizabeth, 1998 playing as Elizabeth Iof England. She won several awards for the role including a BAFTA, Golden Globe, Screen Actors Guild Award, and an Academy nomination. The Aviator, 2005, finally earned Blanchett an Academy Award for Best Supporting Actress. Her performance kept rising, and that came with several other awards. She was awarded the Australian Film Institute Best Actress for the role in Little Fish as Tracy Heart, a former heroin addict.

In 2007, Cate Blanchett reprised her role as Queen Elizabeth I in the sequel Elizabeth: The Golden Age and that earned her an Academy Award nomination for Best Actress. That same year she starred in I’m Not There, as Jude Quinn, which won her Venice Film Festival’s Volpi Cup Best Actress Award, Independent Spirit, and Golden Globe Best Supporting Actress Award.

Cate Blanchett played the role of Jasmine French in Blue Jasmine, 2013. Her performance earned her positive reviews and several awards including a BAFTA, Golden Globe, SAG, Australian Academy Award and an Academy Award for Best Actress. Blanchett has appeared in several other stage works and films including The Talented Mr. Ripley, Babel, the Sydney Theatre Company play The Present, 2017, Thor: Ragnarok, 2017 among several others.

Blanchett is the President of the Jury of the Cannes Film Festival since 2018.

Cate Blanchett met playwright and screenwriter Andrew Upton, in 1996. The two started a relationship, and on December 29, 1997, they married. The couple has three sons Dashiell John (born in 2001), Roman Robert (born in 2004) and Ignatius Martin (born in 2008). They adopted a daughter Edith in 2015. Cate Blanchett has served in several ambassadorial positions. She is the ambassador and a patron of the Australian Academy of Cinema and Television Arts and Australian Film Institute. She was appointed a global Goodwill Ambassador for the United Nations High Commissioner for Refugees in 2016