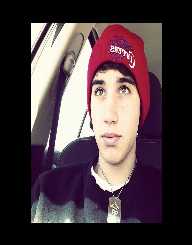 Comedian and YouTube star Beau Brooks was born on July 31, 1993, in Melbourne, Australia. He spent his childhood living in very poor conditions. Brooks does not share a lot about his personal life; however, in 2014, he announced that he is in a relationship with Instagram star Chelsey Amaro.

Beau Brooks and his brothers Luke and Jai and their friend Sahyounie collaborated on creating the group “The Janoskians”- Just Another Name Of Silly Kids In Another Nation Skip. The group began to post videos on YouTube in 2011 and soon began to rise in popularity. The group performed comedy sketches and pranks. After gaining popularity, The Janoskians were invited to a meet and greet with their fans in Melbourne, but the event was canceled due to the massive crowd that showed up. The same year, they visited Perth and met with around 3000 fans.

The groups luck struck in 2012, when they signed a contract with Sony Music Australia. The Janoskians first single “Set This World on Fire”, written by Brooks, was released in September 2012. They produced a web show for MTV Australia- The Janoskians: MTV Sessions. Their next single “Best Friends” topped at No.30 on Australian charts and gained a lot of attention in UK and New Zealand.

In 2014, The Janoskians went to New York to meet with their friends in Times Square. The event was attended by estimated 20,000 fans. The same year, Lionsgate signed the group for a film. They released a new single “This Fucking Song” and the radio version “The Freakin Song”. Their EP Would U Love Me was released in 2015.
Brooks interacts with his fans through Facebook and Instagram. He is the writer of most of the band’s song lyrics.