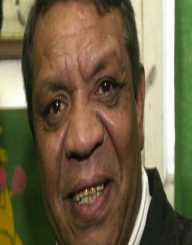 Lionel Rose was born in Australia on the 21st day of June 1948. He was born in the Australian province of Victoria, where he shared a home with dad, Roy Rose and his mum Regina. His dad thrived on his ability to fight. Rose was one of several children, yet the relatively large family had to live in a one-room cabin in Jackson Track.

Lionel Rose was not one with a good record for excellent school attendance. He was enrolled in a school called Labertouche State School, which was quite far away from his house.

His family made a move to a more prominent household by the time he was ten years of age. The new home was in Drouin. His parents had chosen to move to Drouin as they wished it would enable their kids to attend school more often. Rose, however, was not an obedient child. Lionel Rose hated the full bus ride and the unbendable rules linked with school. This led to his decision to leave school at the tender age of fourteen.

Lionel Rose’s first trip to the Australian capital was a sponsored one, and it was “Save the Children” that helped him here. It was the organization which extended their hand to help rose travel to Melbourne in 1958. It was in the Capital city that Rose managed to catch a glimpse of a professional fight. He also got to become acquainted with Graham Walsh.

As a teenager, Lionel Rose would be with peers at Warragul which wasn’t far from his home. It was in this lively town that he got acknowledged by Dave Proctor. It was Proctor who later organized Rose’s initial amateur fight.

When the initial fight occurred, Rose was only 15 years of age. His initial opponent was powerfully built, and thus, he was defeated in that fight. His prominent injuries led to his two years absence from the sport. It was then that he received training from Frank Oakes.

After his absence, he journeyed with Mr. Oakes for Sale. His weight served as a low point as there was no one in his weight division to fight with.

Lionel Rose is a well known professional boxer from Australia. He was victorious at the World Bantamweight Boxing Championship in the year 1968. His acclaim to fame has been strengthened by that fact that he has been the first Australian who had won the world boxing title.

His childhood was not trouble-free in the least, and he lived in a one-room cabin with many other siblings. The decision of Rose’s parents to change their children’s school had no impact on Lionel in the least. Lionel was opposed to any form of rules and had chosen to drop out of school. Instead, Lionel focused on his boxing career, thus choosing to walk in his father’s footsteps. His dad was also a trained fighter.

Lionel Rose was successful and managed to hold onto his title three times before the Mexican Ruben Olivares beat him. This defeat occurred in 1969. Lionel’s weight had initially been a low point for him, and he had to chalk up the pounds. He was able to rise through the other divisions before ending up at the lightweight class.

He not only obtained success in boxing but also put in the valuable time to work on his relatively successful singing career. It was in 1976 that Rose took his retirement from the boxing world. He holds a record of achieving 42 wins.

He suffered a small eleven losses. His still holds the title as the first Aboriginal ‘Australian who won the bantamweight boxing championship.

It’s vital to reinforce the idea that Lionel Rose earned 42 wins and lost eleven times with twelve wins in the knockout stages.

In 1968, Rose got the title as the first Indigenous Australian who had won the bantamweight boxing championship.

He was inducted fully into the Australian National Boxing Hall of Fame in the year 2003. Rose was the face of the 2005 stamp. Rose gained the label ‘King of the Ring.’

Wendy Lewis had mentioned Rose as one of the most excellent people in Australia in the year 2010.

He happened to be the Godfather of the phenomenal Ruby Rose. Ruby is an actress and model.

Lionel Rose was a family man. He got married to his trainer’s daughter. His wife’s name was Jenny and was the child of Frank Oates. His fighting talents were inherited from his father who was also a skilled fighter.