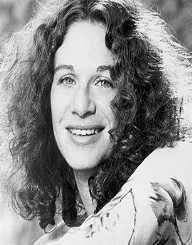 A Life - A Tapestry of Rich and Royal Hue; an Everlasting Vision of the Ever-changing View: Carole King

American composer, singer-songwriter and a gifted pianist Carole King was born as Carole Joan Klein on February 9, 1942, in Manhattan, New York City, New York, United States of America. Her mother, Eugenia, a student of Brooklyn College, later took up the job of a teacher after initially dropping out of college to run the household immediately after her marriage. Carole’s father Sidney N. Klein, a chemistry major from Brooklyn College, met Eugenia for the first time in an elevator in 1936 during their college days.

Eugenia completed her English and Drama major from Brooklyn College. They got married in 1937. It was the era of the Great Depression. They struggled to meet the day to day household necessities. Sidney worked as a radio announcer for a short period before finding a stable job of a firefighter in the New York City Fire Department. Their condition improved after the birth of Carole, and they were able to purchase a small two-story duplex and rented out the upstairs for boosting their income. The Klein family was Jewish by religion.

Carole King’s astonishing musical talent was evident from the time she was a toddler. She developed a sense of absolute pitch by the age of 4 and was able to identify and name a note correctly by just listening to it. Her mother ensured that her natural talent is adequately nurtured and enhanced by subjecting her to appropriate theoretical and practical musical lessons. Carole started her elementary education at the tender age of 4 and was promoted directly to second grade because of her phenomenal and unique ability with words and numbers. Around the age of 8, she enrolled at the James Madison High School.

Carole King began writing songs in abundance by the time she reached her early teens. She formed a band by the name of Co-Sines and also adopted the stage name Carole King while studying at High School. She made demo records collaborating with her friend Paul Simon for $25 a session. Her first official record, "The Right Girl" was a promotional song written and sung by her and published by ABC-Paramount in 1958. She attended the Queens College briefly and met some of the most famous future songwriters there like Neil Sedaka, Paul Simon, and Gerry Goffin.

At the very start of Carole King's music career, she married fellow songwriter Gerry Goffin. He became her songwriting partner. Both of them dropped out of the college after their marriage. Goffin started working as an assistant chemist, and Carole took up a job as a secretary. They used to write songs together during evening hours. Another of Carole’s college mate Neil Sedaka, who briefly dated Carole during their college days, came out with a hit single "Oh! Carole" in 1959. In response, Carole recorded and released the single "Oh! Neil". Goffin wrote the song. The single failed to elicit much response.

Noted music publisher Don Kirshner signed the husband-wife duo of Goffin and Carole on behalf of the Aldon Music Empire. They immediately came into prominence by writing The Shirelles' Billboard Hot 100 #1 hit "Will You Love Me Tomorrow." The song was the first No. 1 hit by a black girl group. The success of the single prompted Carole and Goffin to leave their respective daytime jobs and direct their full attention towards writing songs on a full-time basis.

During the decade of the 1960s, Carole King concentrated on writing the music and Goffin penned the lyrics. Together they wrote a series of classic songs meant to be sung by different singers. They also worked as a songwriting team for Don Kirshner's Dimension Records which produced a variety of songs including ‘Chains,’ sung by the Beatles, "The Loco-Motion" and "It Might as Well Rain Until September" - recorded by Carole King herself, the latter single becoming her first major hit.

Carole King did not have much success after her first hit, and her recording career was almost forsaken for the time being, until 1966. She composed a few more songs in collaboration with her first husband Gerry Goffin including "Take Good Care of My Baby" for Bobby Vee, "Up on the Roof" for the Drifters, "Halfway To Paradise," "I'm into Something Good" for Earl-Jean. Other songs were “Pleasant Valley Sunday" for the Monkees, "(You Make Me Feel Like) A Natural Woman" for Aretha Franklin and “One Fine Day" for The Chiffons.

In 1968, Carole King moved to Laurel Canyon in Los Angeles after her divorce with Goffin. The disintegration of her relationship with Goffin was tragically depicted in her 1967 solo song "The Road to Nowhere."  She formed a music group called ‘The City’ consisting of Charles Larkey, her future husband, on bass, Carole herself on piano and vocals and Danny Kortchmar on guitar and vocals.

The City soon produced its first and only album ‘Now That Everything's Been Said.’ However, promotion of the album could not be made according to the requirement due to her unwillingness to perform live on stage. As a result, ‘The City’ disintegrated soon afterwards, and by the end of 1970, Carole King fully embarked upon a solo singing career.

Carole King's first solo album ‘Writer’ was released in 1970 for Lou Adler's Ode label. The album did not produce the desired response. After that, her second solo album ‘Tapestry’ released in 1971. The album was a grand success. It contained many hit singles including the Billboard No.1 "It's Too Late."

Creating a spectacular record ‘Tapestry’ held the No. 1 position on the Billboard charts for an uninterrupted 15 weeks, occupying the charts in some form for an astonishing period of six years and a worldwide sale record of 25 million copies. It also achieved the distinction of staying on the top spot for the longest duration until the record was broken by Michael Jackson's ‘Thriller’ in 1982. The album also earned Carole four Grammy Awards.

Carole King married her first husband Gerry Goffin in 1960 at the age of 18. The couple was blessed with two daughters, Louise Goffin and Sherry Goffin Kondor. They got divorced in 1968. She has been married three times after her first marriage and subsequent divorces to Charles Larkey, Rick Evers, and Rick Sorenson. She has two more children, Molly Larkey and Levi Larkey from her second marriage.