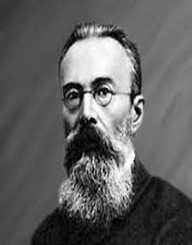 Nikolai Rimsky Korsakov was an outstanding Russian composer and master of orchestration whose nationalistic style of music inspired many people and composers in the world. He was a well-known member of a group of composers known as ‘The Five’ and for symphonic and unique orchestral compositions such as the ‘Scheherazade,’ ‘Capriccio Espagnol’ and ‘Russian Easter Festival Overture.’ His style entailed Russian folk subjects, rhythms, and melodies.

Nikolai Rimsky Korsakov was born on March 18, 1844, to Andrei Petrovich Rimsky and Sofya Vasilevna in Tikhon town, Russia. His father Andrei was the first vice governor of Novgorod and the governor to Volhynian. His mother, Sofya, enjoyed playing the piano.

At age six, Rimsky started taking piano lessons and demonstrated talent and aural skills but later showed a lack of interest. When he was ten, he began composing but was more interested in music and literature. However, the tales of exploration and sea navigations by his 22-year senior brother, Voin, inspired him to develop the romantic love for the sea and at the age of 12, he joined the Imperial Russian Navy.

Later at the age of 18, he joined Saint Petersburg where he studied mathematics and Navigational Sciences and completed his studies in April 1862. During his stay at school, Rimsky took piano lessons from a local teacher known as ‘Ulikh’ and although he was uninterested in the lessons his visits to the operas and orchestral concerts triggered his love for music. Ulikh discerned Rimsky’s talent in music and recommended him to another teacher, Feodor A. Kanille.

In 1859, Nikolai Rimsky Korsakov started taking piano and composition lessons from Kanille who exposed him to new music. Although his brother, Voin, saw no need for the lessons, Kanille encouraged him to continue taking the lessons, and at the age of 18, he introduced him to a well-known composer Mily Balakirev who in turn introduced him to two other composers; Cesar Cui and Modest Mussorgsky.

Balakirev took an interest in Rimsky by encouraging him to get accustomed to music and to compose his work on the Symphony in E-flat minor. Balakirev also took some time to teach him rudiments when he was not on the sea. In December 1865, Rimsky had his first performance of his re-orchestrated symphony in Saint Petersburg under the direction of Balakirev. There was a second performance in March 1866 under the direction of Konstantin Lyadov.

Nikolai Rimsky Korsakov benefited greatly from Balakirev mentorship, but in later years he found his influence to be restraining. He decided to break loose although this did not stop him from sharpening his talents. He continued with his compositions and completed an ‘Overture on Three Russian Themes’ and performed ‘Fantasia on Serbian Themes’ to the delegates on 1867.

He also started associating and performing with members of the ‘Five’; Borodin, Cui, Mussorgsky, and Balakirev. Among the Five, Rimsky received special attention and appreciation for his outstanding talent as an orchestrator. During this time he composed ‘Sadko’ and ‘Antar’ which increased his reputation in the orchestra.

Later in 1873, he was appointed Inspector of Naval Bands with a rank of Collegiate Assessor.  As inspector of bands, he supervised and inspected bandmasters and the quality of their music. He also indulged himself with the desire of learning and playing orchestral instruments which motivated him to write a textbook in orchestration. He composed the opera ‘May Night’ and ‘Snow Maiden.’

In 1871, Nikolai Rimsky Korsakov was relieved of his duties as an Inspector of Bands due to the imperial order that abolished the navy office. In 1874 he revised his previous works such as Sadko and Antar and mastered the art of conducting the orchestra while working with the Orchestra Class.

In 1877-1878, he wrote an Opera about the short story ‘May Night’ which contained contrapuntal music. He also wrote the opera in the style of Glinka in a folk-like melodic idiom and another opera called ‘The Snow Maiden.’

Understandably, in 1884, Nikolai Rimsky Korsakov studied and taught music in Russian Orthodox Church under Balakirev in the Court Chapel as his deputy. In the following year, Rimsky became part of Belyayev Circle. This circle was made up of composers such as Glazunov, Lyadov, and Belyayev who utilized Russian classical music using elements such as rhythms, melodies, and folk music.

In 1893, Rimsky completed works such as the ‘Spanish Capriccio’ and ‘Scheherazade’ that had Russian poetic rhythms. Moreover, in 1894 he wrote a textbook ‘Harmony’ that was used at the Court Chapel and the Conservancy. In April 1907, he conducted concerts in Paris featuring Russian Nationalist School which was hugely successful and greatly popularized him.  He also got credit from the Russian classical music across Europe.

On December 1871, Nikolai Rimsky Korsakov proposed to musically trained Nadezhda Purgold and married her on July 1872 with Mussorgsky as their best man. As the Rimsky’s they had seven children. Nadezhda, his wife, became a musical partner to Rimsky and attended Saint Petersburg Conservancy for piano lessons. She had a strong influence on her husband’s work and the creation of his first three operas.

In 1875-1885, his friend Mussorgsky died and before he had finished restoring his friend’s unfinished scripts and orchestras, another member of his team died. Unfortunately, in 1892, Rimsky was diagnosed with Neurasthenia. This was contributed by the crisis that had fallen on his household. This was primarily due to his wife and son illness, deaths of his mother and youngest child and the prolonged fatal illness of his second youngest child.

Nikolai Rimsky Korsakov started suffering from Angina at the beginning of 1890 which wore him down gradually. It was accelerated by the simultaneous stresses he faced often. He died on June 21, 1908, at his Lubensk Estate and was laid to rest near his fellow musicians at Tickhivin Cemetery at the Alexander Nevsky Monastery in Saint Petersburg.