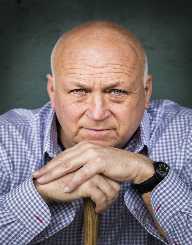 Calvin Edwin Ripken Jr. was born 24th August 1960, to Cal Sr., and Violet Ripken. He was born in Havre de Grace, Maryland, in the United States. Ripken's father was a baseball coach. The family moved on a regular basis which allowed him to fulfill his coaching commitments.

Ripken was one of four children, and he played baseball with his brother Billy.

By the time he was ten, Ripken knew almost everything there was to know about the game. As a result, this contributed to him being an outstanding player who was able to receive instructions. Furthermore, Ripkin had a lot of help learning the intrinsic part of the game from his dad.

The Baltimore Orioles selected Calvin Ripken Jr. in the Major League Baseball draft in 1978, straight out of high school.

For the next two and a half years, Ripken made his way up through the minor league teams. As a result, he played for the Bluefield Orioles, then the Miami Orioles, and finally, the Charlotte Orioles. Ripken then started the 1981 season with the Rochester Red Wings.

Calvin Ripken Jr. joined the major league team for the Orioles in August 1981. He held his place in the seniors in 1982, and, furthermore, won the Rookie of the Year Award.

In 1983, Ripken helped the Orioles into the playoffs, although they didn't win. He had a stellar season, earning Most Valuable Player, and the Orioles also won the 1983 World Series that year.

In 1984, he signed a four-year deal with the Orioles. The contract was worth approximately one million dollars per year, and Ripken had another stellar season.

Calvin Ripken Jr. also signed a follow-up contract in 1988, this time for three years plus a one-year option.

His performances since 1985 had been up and down compared to his first few years. The team also had three years of finishing bottom, but nearly made the playoffs in 1988.

In 1991, Calvin Ripken Jr. returned to his best form. The season saw him win several prestigious awards for his efforts.

Ripken had a stellar season in 1991. In contrast, 1992 saw him up and down again with his form. Despite this, he negotiated another contract, this time for five years and worth more than $30 million.

In 1993, Ripken began to draw criticism from the media for playing too many games without a break. They felt it affected his form. He persevered, found form again, and over the next three seasons went on to break records and receive much acclaim.

Calvin Ripken Jr. published his autobiography in 1996, called, The Only Way I Know.

From 1996 to 2001, Ripken continued to play very well, and he continued to break records. Due to this, 1999 saw him with a batting average higher than at any time during his career.

In contrast, 1999 was also a tough year for Calvin Ripken Jr. because of his father's death. Furthermore, towards the end of the year, he sustained a back injury which cut his season short.

Ripken announced his retirement in 2001.

Calvin Ripken Jr. moved into the business world after his retirement from baseball.

He purchased three minor league baseball teams and consequently moved them all to new locations. As a result, the teams had their names changed as well.

Ripken has also invested in building sports complexes known as The Ripken Experience. His complexes are located in Maryland, South Carolina, and Tennessee.

Ripken has many awards and honors.

In 1987, Calvin Ripken Jr. married Kelly Geer. The couple has two children, a son, and a daughter. They divorced in 2016.

In 2018, Ripken married Laura S. Kiessling, a judge on the County Circuit Court.

Calvin Ripken Jr. established the Cal Ripken Jr. Lifelong Learning Center in 1988, which is an organization to encourage literacy in adults.

In 2001, in conjunction with his brother, Billy, Ripken established the Cal Ripken Sr. Foundation. The Foundation helps underprivileged children to take part in baseball camps all over America.

Ripken was one of the founders of Athletes for Hope in 2007. He has contributed to other charities as well.