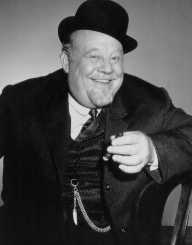 Burl Icle Ivanhoe Ives was born 14th June 1909, to Levi and Cordelia Ives. He was born in Hunt City, Illinois, in the United States, and he was one of seven children. His father was a farmer, and he then became a contractor for the county.

In the early 1930s, Ives traveled throughout the U.S. singing and playing his banjo. He also worked odd jobs to make ends meet.

In 1931, Ives started working in radio. During the same period, he returned to school, studying at Indiana State Teachers College. Ives then enrolled at the Juilliard School in New York. Ives's debut on Broadway was in 1938 where he played a role in The Boys from Syracuse.

In 1940, Ives had a radio show, which he called, The Wayfaring Stranger. The U.S. Army drafted Ives in 1942. His second posting was Camp Upton, and he became part of the cast of Irving Berlin's This Is the Army. Ives rose to the rank of corporal, and the army honorably discharged him in 1943. Ives then relocated to New York to work in radio.

In 1946, Ives debuted in his first movie, Smoky. In 1948, he wrote his autobiography. The book was called The Wayfaring Stranger. Ives went on to write several other books in the ensuing years. Ives appeared in a Communist pamphlet, Red Channels, in 1950. As a result, the government blacklisted him as an entertainer for being in the publication. In 1952, he testified for the House of Un-American Activities Committee (HUAC). Due to this, his blacklisting ended.

He regularly appeared in movies during the 1950s. Ives started performing more country music through the 1960s. He also continued with his singing and acting.

Ives recorded an astonishing 100 albums during his career. He also released many singles. These included the number one hits Lavender Blue (1949), and A Little Bitty Tear (1961).

When he turned 80, Ives officially retired from show business in 1989.s

Ives won an Academy Award, and the DeMolay International Hall of Fame inducted him in 1994. Ives had several other awards and honors in his name.

In 1945, Ives Married Helen Peck Ehrlich. Ehrlich was a scriptwriter, and the couple had a son which they named Alexander. They divorced in 1971.

That same year, Ives married Dorothy Koster. The couple was still together when he died.