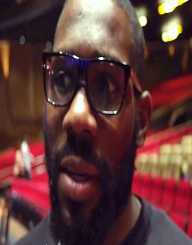 Bryant Jennings was born on September 25, 1984. He attended the Benjamin Franklin High School in Philadelphia, Pennsylvania. In high school, he played football, basketball and ran track. He also participated in the school’s shot-put. He continued to play basketball at local Philadelphia recreation centers until he was 24 years old and decided to box.

As an amateur, he quickly climbed up the ranks and in 2009 reached the finals of the National Golden Gloves, where he lost to the veteran Lenroy Thompson.

In 2012, Bryant Jennings won a match against Maurice Byarm with 13-0-1 record at the Asylum Arena in Philadelphia. After this win, he took a fight with the former champion of WBO Siarhei Liakhovich on March 24, 2012. The fight took place in New York. During the fight, Jennings took complete control of the fight, using his jab and powerful punches. He won the match with a technical knockout in round nine.

On June 16, 2012, Jennings went to fight Steve Collis at the Prudential Center in New Jersey. He won the fight after ten rounds and unanimous decision. In September that year, he won the fight with Chris Koval, knocking him out in the 35th second of the match. At the end of the year, Jennings faced Bowie Topou. The highly participated fight was broadcasted on NBC’s Sports Fight Night. Although Jennings was knocked out in round 3, he quickly got up and won the match in round 5. He gained the score of 16-0, becoming the USBA Heavyweight Champion.

On April 25, 2015, Bryant Jennings faced the heavyweight champion Wladimir Klitschko in Madison Square Garden for the WBA, IBF, WBO, IBO and The Ring heavyweight titles. Klitschko won the match with his superior use of his jab. Despite his win, Klitschko admitted that it was one of the hardest fights of his life.

On December 19, 2015, Jennings faced the Cuban boxer Luis Ortiz but lost to the undefeated champion after a technical knockout.