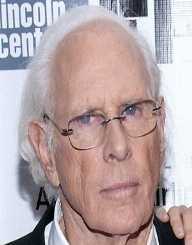 Bruce MacLeish Dern, an American actor, was born on June 4, 1936, in Chicago, Illinois, United States. He is a reputed character actor famous for his portrayal of evil characters of volatile nature.

Bruce Dern was born in a distinguished and wealthy family. His father John Dern was a lawyer. His paternal grandfather George was a Secretary of War in President Franklin D. Roosevelt’s office and was a former Utah Governor. His mother’s family owned one of Chicago's top departmental stores. His maternal granduncle was the poet Archibald MacLeish. He often mocked at the formalities associated with his family's upper-class lifestyle and was not very comfortable following the etiquette.

Bruce Dern attended The Choate School and also The University of Pennsylvania. During his school and University days, he actively participated in sports as a long distance runner. He was a regular in the University Track Team and excelled in the sport. It is rumoured that a coach of his University team tried to persuade him to shave off his sideburns. As a result, the rebellious Dern abandoned both his track team and the college. He then decided to focus on his career as an actor and moved on to realize his passion for acting.

Bruce Dern moved to New York City for a course in the famous Actors Studio. In 1958, he made his Broadway debut in Sean O'Casey's ‘The Shadow of a Gunman.’ Two years later, he appeared in an uncredited role in ‘Wild River.’ By early 1960s, Dern shifted his base to Los Angeles, California and landed many small television roles. He mastered the art of acting in villainous, oddball characters and his maximum portrayals were in that shade.

On the big screen, Bruce Dern teamed up with B-movie stalwart Roger Corman and acted in films like ‘The Wild Angels’ (1966) and ‘The Trip’ (1967). His next venture ‘They Shoot Horses, Don't They?’ brought him in the supporting actor category of mainstream cinema. His characterization of a serial killer in the 1972 westerner ‘The Cowboys’ superseded the role of the legendary John Wayne.

Bruce Dern's role of a sailor in Alfred Hitchcock's ‘Marnie,’ a murderous cattle thief in Clint Eastwood’s ‘Hang 'Em High’ and his portrayal of the character Joe Danby in ‘Support Your Local Sheriff!’ was ample proof of his versatility as a character actor.

In 1978, Bruce Dern came up with a memorable film role in a Vietnam War-era movie ’Coming Home.’ He depicted the character of a war veteran who returns home wholly shattered down by his experiences overseas. Dern received an Academy Award nomination for Best Supporting Actor for his performance in the Film. The cast of the film also includes Jane Fonda and John Voight.

After a comparatively quiet 1980s and 90s, Bruce Dern came back strongly in the new millennium. Charlize Theron starrer ‘Monster’ (2003) gave him the required impetus in moving forward. Next came the hit drama ‘Big Love.’ He enacted a recurring role as Frank Harlow, leader of a Mormon Polygamist splinter group.

In 2013, Bruce Dern appeared in the most significant role of his career. The film ‘Nebraska’ was written by Bob Nelson and was directed by Alexander Payne. In the 2013 Cannes Film Festival, Dern won the Best Actor Award and also won the 2014 Academy Award in the Best Actor Category for his performance in Nebraska. The film was also nominated for six Academy Awards in different categories.

Bruce Dern is actively pursuing his film career to date. He has four motion pictures lined up for 2017 release viz. ‘American Violence,’ ‘Class Rank,’ ‘Our Souls at Night’ and ‘Nostalgia’ to his credit. The fifth film ‘White Boy Rick’ is at the filming stage and is due to release in 2018. Dern also released his autobiography in the year 2007 titled ‘Things I’ve Said, But Probably Shouldn’t Have: An Unrepentant Memoir.’

In 1972, Bruce Dern received his first award for Best Supporting Actor for the movie ‘Drive, He Said’ from the National Society of Film Critics.

The 1973 film ‘The Cowboys’ earned a Bronze Wrangler for Best Theatrical Motion Picture. He was nominated for the Golden Globe Award for Best Supporting Actor – Motion Picture for his performance in ‘The Great Gatsby’ (1975).

Bruce Dern's 1979 film ‘Coming Home’ was nominated for both Academy Awards and Golden Globe Award in the category of Best Supporting Actor.

Bruce Dern won the Silver Bear for Best Actor at the 33rd Berlin International Film Festival for the 1982 film ‘That Championship Season.’

Dern won the 2013 Cannes Film Festival Best Actor Award and also the 2014 Academy Award for Best Actor for his performance in ‘Nebraska.’

Bruce Dern married Marie Dawn Pierce in 1957. The relationship ended in 1959. In 1960, he married Diane Ladd, and on November 20, 1960, the couple was blessed with their first daughter, Diane Elizabeth Dern. Unfortunately, she died on May 18, 1962, from a head injury sustained after falling into the swimming pool. Their second daughter Laura is also an actress. 77-year-old Dern now lives with his third wife Andrea Beckett after his divorce with Diane Ladd in 1969.