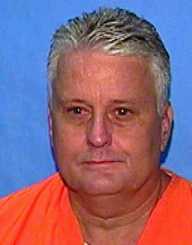 Bobby Joe Long is a convicted American serial killer waiting on the death row in a Florida state prison.

Bobby Joe Long was born as Robert Joseph Long on October 14, 1953, in West Virginia. He grew up as a troubled child under the care of his single mother. His genes had an extra X chromosome that resulted in the growth of female features in puberty. He developed breasts and became an object of teasing by other boys. He had an operation to remove the breasts during his adolescence.

Long had a love-hate relationship with his mother. They slept on the same bed in their one-roomed apartment until he was a teenager. He witnessed his mother entertain his multiple male partners in their apartment. He developed low self-esteem following the indecent exposure by his mother. Long married at the age of 21. He fathered two children before his wife went for divorce six years later in 1980.

He moved to Florida and settled in Miami after his divorce. He picked classified advertisements for household appliances and called the vendor. He posed as a potential buyer. Long visited the houses of the unsuspecting vendors. He declined the offers if he found multiple people in the house. If he found a lone woman in the house, Long raped the unsuspecting victim. The police profiled him as the Classified Ads Rapist. In 1981, Long pleaded not guilty to 50 charges of rape. He was convicted but later released after an appeal.

He moved to California and settled in Long Beach. He enrolled for a vocational wielding course dubbed the Penny Saver. Like before, Long called women in the guise of a wielding and maintenance. He raped all the women he found alone. He brutally subdued those who tried to resist. The police never apprehended any suspect over the rapes.

In 1983, Long settled in Tampa Bay, Florida. He commenced a long journey of fatal criminal activities. In May 1984, the police found the first of the many victims. They found the naked body of a woman in Hillsborough County. The homicide statistics escalated. The police noticed arise in a similar pattern of deaths. The killer used to bind the victims, rape and kill them. After killing them, he disposed of the bodies in unique positions. The bodies were found days later dumped in a state of decomposition likely to conceal forensic evidence.

The Florida police initiated a massive manhunt for the killer in three counties in the Tampa Bay area. The forged a collective approach into the investigation bringing together several offices. They included the Tampa Bay Sheriffs, FBI, and the Florida Law Enforcement Department. The investigators covered abduction, rape and the murder of 10 women across the three Tampa Bay counties.

The police discovered the killer visited areas where prostitutes or other indecent women were commonly found. He solicited favors for payment and drove off to an apartment. He tied his victims with tying knots he fashioned for the practice. Long raped his victims and brutally killed them. He chose a variety of killing methods, from strangling to slitting their throats open. He bludgeoned to death the women who never satisfied him.

He kept the bodies for days before he dumped them by the roadside for the police to collect them. At the crime scene, Long carefully placed the victims with a unique pattern displaying their legs at a peculiar angle. The police identified the 9 of the 10 victims to be five prostitutes, two exotic or pole dancers, a factory worker, and a student.

The police profiled their suspect and zeroed in on Bobby Long. They used the forensic evidence found at the crime scene such as clothes, semen, rope knots and ligature marks to conclude their profiling. On November 16, 1984, the police arrested Long for the kidnapping and sexual assault on Lisa McVey. He confessed to his crime against McVey. After a series of interrogations, Long admitted to killing eight of the ten victims the police found.

In the trial, Long pleaded guilty to abducting and raping McVey, and the murder of the 8 victims. When the court declined to admit his guilty plea bargain, he faced a criminal trial. The state denied him legal representation. He received a five-year sentence and four concurrent 99-year sentences. In addition, he got 28 life sentences and a death penalty. He is confined in a Florida state prison serving his sentences.

Long attributed his sadistic nature to the life he was exposed to as a child. He allegedly saw his mother prostitute with several men in their house. He formulated deep hatred for prostitutes. Responding to allegations from her son, Long’s mother denial exposing and her son to scenes of prostitution. She however never denied having multiple male partners in her life.

Long is a clear example of a serial killer created by his childhood. His story found entry into the film world. Several documentary series have depicted his life like the FBI Files, I Survived, Forensic Files, and World’s Most Evil Killers “ the Classified Ad Rapist: Bobby Joe Long”.