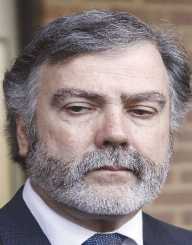 Bobby DeLaughter was born on February 28th, 1954. He was known for being a state prosecutor in Mississippi and a judge. Aside from this, he was also a talented author. Bobby earned high acclaim after handling the case against Byron De La Beckwith in 1994. De La Beckwith had been charged with the murder of Medgar Evers, a civil rights leader.

Bobby DeLaughter was born on February 28th, in 1954. His birthplace was in Vicksburg, Mississippi. Bobby was the first born son of Billie Newman DeLaughter and Barney Roy DeLaughter. He has a younger brother named Mike. His father worked as an artist for a local newspaper. When Bobby was still young, his family relocated to Jackson.

On June 12th, 1963, Medgar Evers was murdered. Bobby DeLaughter was only nine years old when this occurred. Bobby’s motivation to pursue law came after witnessing a trial in court when he was in his ninth grade. Later, he completed his high school studies at the Wingfield High School located in Jackson. After this, he joined the University of Mississippi for his undergraduate studies. Afterward, Bobby joined the Sigma Chi social group.

Bobby DeLaughter earned his first job as a legal researcher for Alvin Binder. During this time, he was still pursuing his law studies at the university. Subsequently, he graduated in 1977. Immediately upon his graduation, he was welcomed to the Mississippi Bar Association. For ten years, Bobby went on to offer his legal services primarily as civil defense and a criminal attorney.

By 1983, he had established his law firm called Kirksey & DeLaughter. His close friend named Bill Kirksey was among the co-founders. Three years later, Bobby eyed for a position of becoming a prosecuting attorney. Luckily, in 1987, he began serving as a prosecutor. During this period, he district attorney was Ed Peters.

In 1989, Bobby DeLaughter was commissioned to take on the Medgar Evers case. He was wholly committed to investigating further on the case’s facts. Unfortunately, this played a crucial role in the ending of his marriage. On the bright side, taking up the Evers case brought high acclaim to Bobby. This is for the reasons that he successfully prosecuted Byron De La Beckwith for murdering a civil rights leader. In 1999, Bobby DeLaughter was appointed to serve as the Court Judge for Hinds County. Kirk Fordice, the governor, appointed him for the post.

In November 1973, Bobby DeLaughter tied the knot to Dixie Claire Townsend. They welcomed their firstborn son Bobby Burt five years later. Their other two children were Claire and Drew. Bobby’s marriage suffered a major blow after concentrating his attention on the Evers case. Subsequently, this led to a separation in April 1991. He, however, married Peggy Lloyd as his second wife. Lloyd was a nurse and that she had also been divorced with three sons from her first marriage.