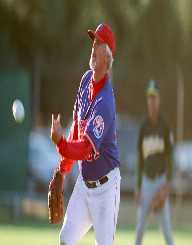 The 2008 Boston Red Sox Hall of Famer, Bill Lee is a former baseball player. He is a left-handed pitcher who played for the Boston Red Sox from 1969 to 1978 and then for the Montreal Expos till 1982. As a southpaw, he holds the world record for most games pitched by a left-handed player. For his unique ability to throw slow curvy pitches, he was nicknamed the Spaceman.

In his baseball days, Bill Lee was quite infamous for his rash behavior both on and off the field, and crude remarks on the management. This ultimately puts an end to his career after he was dropped from the Montreal Expos.

Bill Lee is also an author who has co-written four books based on baseball.

Bill Lee was born on December 28, 1946, in Burbank, California. His star sign is Capricorn. Lee had baseball in his genes - his grandfather played for the Hollywood stars, and his aunt was also a pitcher in the girls’ baseball league. At an early age, he was taught by his aunt Annabelle, after which he went to the Terra Linda high school, in California where he continued to sharpen his baseball skills.

Bill Lee graduated high school in 1964 and went to the University of South California. There he studied physical education and geography, and also played in the college series. In 1968 his team went on to win the college world series. His talent was discovered during the same games, and he was invited to join the Boston Red Sox in the same year.

Bill Lee started his professional career in 1968 when he joined the Boston Red Sox.  He didn’t have a fastball, so he developed a particular technique to throw a ball that followed a curved trajectory at an extremely slow pace – this earned him the nickname, Spaceman.

During the start of for the first half of his career at the Boston Red Sox, Lee was put into the role of a relief pitcher. He only started in nine games out of 125 in that phase of his career which lasted four years.

After 1973, due to his exceptional performances, Bill Lee was used as a starting pitcher. In that year he started in 33/38 games and found a place in the American League all-star team. He had a 17 win season in 1973.

After spending almost nine years with the Boston Red Sox, Bill Lee had a dispute with the Red Sox manager Don Zimmer. This was the final nail in the coffin as Lee had been outspoken on previous occasions and criticized the management several times. Lee refused to obey the conservative rules of Zimmer and formed a small rebel group. His vocal attacks at Zimmer, saw him being relegated.

At the end of 1978, Lee was traded to the Montreal Expos. He continued his great performance for the Montreal Expos, but his behavior off the field once again had him dropped. He left the Expos in 1982, putting an end to his professional career.

Bill Lee was often outspoken and did not obey the norms of the popular culture. For this, he was often criticized both in the media and by his managers.

He was also found guilty of threatening an umpire in the 1975 World Series.

Based on Lee’s professional career, a documentary titled Spaceman was released in 2006. This was also followed by a movie titled spaceman in 2016. There are also two songs dedicated to Lee – Bill Lee in 1980, and What bothers the spaceman in 1996.

Bill Lee is currently married to a Canadian woman, named Diana Donovan. Before this, he was married to Pamela, who was his second wife. Lee’s religious views are Catholic, and he considers himself a Rastafarian.