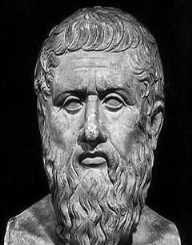 Cicero was an Ancient Roman politician, orator, and philosopher. He is best known for the role he played during the civil wars and political instability that plagued Rome in the first half of the first century B.C. He is considered by many to be the basis of all western prose literature.

Cicero was born as Marcus Tullius Cicero on 3 January 106 B.C in Arpinum, southern Italy. His surname, Cicero, comes from the Latin for chickpeas, which it is assumed is ancestors farmed. He was born into a well off equestrian family. His father was a semi invalid and therefore unable to enter politics and his mother, Helvia, cared for the household.

Cicero began his legal career around 82 B.C. One of his noted early cases was defending Sextus Roscius against the charge of patricide. Cicero in his speech claimed the real culprits were friends of the dictator Sulla. This was a dangerous ploy as the little known Cicero could have easily found himself declared an enemy and killed. However, he managed to have Roscius acquitted.

In addition to law, Cicero practiced philosophy. He was responsible for the development of several parts of Latin’s philosophical vocabulary and met the head of the Academy in Athens, Philo of Larissa, and listened to his teachings on Plato. In 79 B.C Cicero left Rome to travel and further his studies. He studied philosophy in Athens under Antiochus of Ascalon. He also travelled to Asia Minor and Rhodes to hone his public speaking.

Cicero then returned to Rome to begin his ascent up the Roman political ladder, the cursus honorum. His first position was as a quaestor, a public administrator who looked after public finances. There were twenty Roman quaestors elected annually. Cicero’s posting was in Sicily where he gained a reputation for honesty and fairness. So successful was Cicero that he was able to prosecute the governor of Sicily, Gaius Verres, and became recognised as the finest orator in Rome.

A copy of the transcript of one of Cicero’s speeches during the trial still exists, Against Verres I. Cicero rose to the position of aedile in 69 B.C, aediles looked after public buildings and religious festivals. Three years later he became a praetor which put him in charge of legal affairs in the city. Finally he reached the top of the cursus honorum by being elected consul in 63 B.C.

During his consulship, Cicero thwarted a coup and successfully argued for the execution of the conspirators. During the debate over what punishment to impose Cicero found himself debating against a young Julius Caesar. In 60 B.C when Caesar along with Pompey and Crassus formed the first Triumvirate Cicero was invited to join, however he declined.

Cicero had a deep love for the Roman Republic and the constitution. He rightly recognised that the Triumvirate would undermine the Republic and wanted no part of it. This led to Cicero being forced to go into exile in 58 B.C. Cicero was allowed to return to Rome the following year but was forced to submit to the ruling Triumvirate.

Cicero was awarded proconsul governorship in Cilicia and his rule was a success. During his time outside of Rome he also again travelled to Rhodes and Athens. In 50 B.C Cicero returned to a much changed Rome. Crassus had been killed fighting in Parthia, and Caesar and Pompey’s alliance was in tatters. In 49 B.C Caesar invaded Italy, and Cicero and the Senate fled with Pompey.

Cicero was with Pompey and his forces at Pharsalus in 48 B.C, although it is felt he never held any faith in Pompey. After Caesar’s victory Cicero returned to Rome and was pardoned by Caesar. Cicero hoped to restore the Republic and maintain its institutions under Caesar’s rule. However, his plans were completely thwarted by the assassination of Caesar in 44 B.C by the Liberators.

The chaos following Caesar’s murder left Cicero as one of Rome’s most popular men. It was he that mediated a truce between the assassins and Caesar loyalists. Cicero was wary of Caesar’s successor, Mark Anthony, and in an effort to diminish is power aided the rise of Octavian, Caesar’s adopted son.

Although initially successful, Cicero was able to declare Anthony an enemy of Rome and raise a coalition against him, the plan ultimately backfired as Octavian joined Anthony and the Senate army led by Lepidus also joined him forming the Second Triumvirate. This Second Triumvirate drew up a list of political enemies to be purged from Rome. Anthony naturally wanted Cicero added to the list, but Octavian argued against it.

However, Cicero’s fate was ultimately sealed when the Triumvirate’s troops marched on Rome and the purge began. On 7 December 43 B.C. Cicero was murdered by troops loyal to Anthony and his hands and head were cut off and displayed in the forum. He was the only person killed in the purge to be displayed like this. Cicero’s writings were rediscovered by the poet Petrarch in the fourteenth century and are credited with launching the Italian Renaissance.

Cicero married Terentia in 79 B.C. The marriage was one of convenience and garnered Cicero much wealth. However, he deeply loved his children from the marriage, Tullia and Marcus. His marriage to Terentia became noticeably strained during the time of the civil wars and it is shown in Cicero’s correspondence with his wife. They divorced in 51 B.C.

Cicero then married Publilia in 46 B.C. The marriage was short lived and ended in divorce the following year. A popular reason given for the divorce was the lack of remorse Publilia showed at the death of Cicero’s beloved daughter, Tullia. Cicero’s son, Marcus, was also with Pompey’s army at Pharsalus. Cicero sent his son to study philosophy in Athens following Pompey’s defeat, but it is said he lived a very hedonistic life while in Greece.

Following his father’s murder Marcus joined the remaining Liberators against the Second Triumvirate, but was pardoned by Augustus following their defeat. Augustus celebrated the memory of Cicero following the end of his alliance with Mark Anthony and had Marcus made consul alongside him in 30 B.C. In this position Marcus was able to strip Mark Anthony of all honours and announced his defeat in the senate.