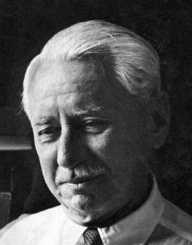 Williams James ‘Will’ Durant was an American writer, philosopher, and historian. He is best known for his 11 volume epic literary work “The Story of Civilization” written jointly by him and his wife, Ariel Durant. He is regarded amongst the best-known writers of popular philosophy and history. ‘The Story of Civilization’ was published between 1935 and 1975. It is regarded as the most successful historiographical series in history. It is an 11 volume set of books covering the Western history and was written over a span of four decades. Some of its volumes are ‘Our Oriental Heritage’(1935), ‘The Age of Faith’(1950), ‘The Renaissance’(1953), ‘The Age of Reason Begins’(1961), ‘The Age of Voltaire’(1965) and ‘The Age of Napoleon’(1975).

Will Durant was born on November 5, 1885, in North Adams, Massachusetts, United States. His parents Joseph Durant and Mary Allard were French-Canadian Catholic and were a part of the Quebec emigration to the United States.

He received his elementary education in 1900 by the Jesuits in St. Peter’s Preparatory School and in St. Peter’s College in Jersey City, New Jersey. He graduated from college in 1907.

Will Durant started working as a reporter immediately after completion of his graduation in Arthur Brisbane's New York Evening Journal for $10 a week. It was an evening journal. He contributed several articles on sexual criminals while working for a very brief period there. In the same year, he began his teaching career after joining Seton Hall University, South Orange, New Jersey as a teacher. He taught Latin, French, English, and Geometry in the University besides being entrusted with the work of Librarian as well.

In 1911, Durant became the Principal of Ferrer Modern School, a school with advanced systems intended to cater to the needs of the working class. He also played the role of a teacher in the same school. In the year 1913, Durant resigned from the school. He started giving lectures in a Presbyterian Church for $5 and $10, in order to eke out a living. The materials cumulatively acquired in giving such lectures were later used in his epic ‘The Story of Civilization’.

In 1917, he wrote his first book ‘Philosophy and the Social Problem’. In this book, he highlighted the fact that Philosophy had not been able to compete in respect of popularity among the students and was unable to grow to the necessary level because it avoided the actual problems of the society. He received his doctorate in Philosophy from Columbia University in the same year while writing the book and also while working as an instructor there.

In 1926, his book ‘The Story of Civilization’ appeared on the market as series of little blue books (educational pamphlets aimed at workers). The rising popularity of these books inspired Simon & Schuster to publish it in a single volume of hardbound cover. The book became a best-seller and Durant appeared to have sorted out his financial woes to such an extent that he along his co-author wife started traveling the world several times and spent the next four decades writing a total of 11 volumes of their magnum opus ‘The Story of Civilization’. All the volumes were published between 1935-1975.

After the first publication of ‘The Story of Civilization’ in 1926, he continued to write several books including ‘Transition’ (1927), ‘The Mansions of Philosophy’ (1929), ‘The Case for India’ (1930) and the ‘Adventures in Genius’ (1931). Again two important books named ‘The Lessons of History’ and ‘Interpretations of Life’ were published in 1968 and 1970 respectively.

In 1977, Durant published ‘A Dual Autobiography’, a memoir of his and his wife’s life. It describes their love and work-life in detail. His wife Ariel Durant was a significant contributor to his books and credited to have co-authored ‘The Story of Civilization’.

Many of his books have been published posthumously. ‘Heroes of History: A Brief History of Civilization from Ancient Times to the Dawn of the Modern Age’ (2001), ‘The Greatest Minds and Ideas of All Time’ (2002), ‘An Invitation to Philosophy: Essays and Talks on the Love of Wisdom’ (2003) and ‘Adventures in Philosophy’ (2008) are some of those books published over the years after his death.

During his teaching career in Ferrer Modern School, he fell in love with one of his pupil, 15-year-old Chaya (Ida) Kaufman, thirteen years younger than him. They got married on October 31, 1913. Later, his wife legally adopted the name ‘Ariel’, a nickname given by her beloved Will Durant. Ariel Durant went on to become his true lifelong companion in every sphere of their life including all of their major literary works. They had a daughter named Ethel. Later they adopted a son, Louis.