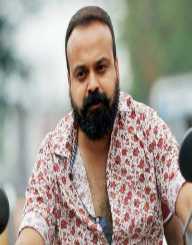 Bharathan was an Indian film director, music director, art director, artist, lyricist, sculpture, poster designer and editor. Born on November 14, 1946, Bharathanis considered among the creative and influential filmmakers of Malayalam cinema. Unlike like other filmmakers, he shunned the melodrama and escapism, which was popular in the Indian mainstream cinema. He rather embraced the realistic portrayal of rural life especially of Kerala that became a trademark.

Bharathan collaborated with Padmarajan to found a filmmaking school in Malayalam cinema in the 1980s. The films created by the school became very popular and received well by the public. It also became an established entity for directors and screenwriters including SathyanAnthikkad, SibiMalayil, Lohithadas, Kamal and Jayaraj among others in the 1990s. Bharathan directed over 50 movies in different languages and did several other jobs in the movies industry.

Bharathan was born on November 14, 1946, at Engakkadu near Wadakkancherry, currently Thrissur district of Kerala in India. With his interest in filmmaking as inspired by his uncle, P.N. Menon, a veteran film director, Bharathan enrolled at the College of Fine Arts, Thrissur City where he graduated with a diploma.

After his graduation, Bharathan went straight into the film industry as an art director for Vincent, one of the astute directors of the time for the movie GhandaryaKshetram. Bharathan worked in few other movies as an art director and assistant director. In 1974, he made his directorial debut in the film Prayanam based on a script by Padmarajan. This was the start of the collaboration between two rising stars who eventually made a mark in the Malayalam cinema.

He rose to fame with the offbeat film, Thakara, a film about a sluggish character who falls in love with the village beauty. Other notable films include Rathinirvedam, Chamaram, Paalangal, Amaram, and Vaishali. Most of his films also portrayed rural life in Kerala. Even though Bharathan showed high interest in sex-related films, he did ensure it was never portrayed in an offensive manner. This became his trademark and was known as the "Bharathan touch."Bharathan collaboration with Padmarajan was the start of a golden era in Malayalam cinema. The two worked on films including RathiNiryedam, Thazhyaram and Thakara and some other films before Padmarajan became an independent director.

Bharathan was noted to be a star-centered director but did so when needed. He was able to bring together two screen icons of Tamil cinema, Sivaji Ganesan, and Kamal Hassan in the Tamil film ThevarMagan. The film became very successful at the box office and highly acclaimed. Aside from winning several awards, it was also remade in many languages including Hindi and Virasat. Bharathan also made films like Aarayam and Nidra and during his career directed more than 40 films in Malayalam and Tamil. Aside from his film career, he was also a lyrics writer for films. He wrote for the film Keli; “Thaaram Valkannadi Nokki.

Bharathan was married to theatre and film actress K.P.A.C. Lalitha in 1978. The couple met on set while filming Rathiniryedam in 1978, during which Bharathan proposed to her. They made several films together before and after their marriage. They had a son SiddharthBharathan who also became an actor and film director. Bharathan died on July 30, 1998, at age 52 at a private hospital in Chennai. His remains were cremated in his home at Wadakkanchery with full state honors.