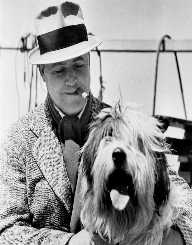 Henry Hathaway was born on March 13, 1898, in Sacramento, California. His father was actor and stage manager RhodyHathawy, and his mother was a Belgian aristocrat, Marquise Lillie de Fiennes. Her family came to America in the 19th century, when King Leopold I of Belgium sent them on his behalf to secure the 1862 treaty between Belgium and the Sandwich Islands (Hawaii).

During World War I, Henry Hathaway served in the United States Army. He first started out his career in acting in 1925, when he starred in several silent films. He worked together with notable directors, such as Victor Fleming and Josef von Sternberg. Together with these directors, Henry Hathaway slowly transitioned to sound films. During the 1920s, Hathaway learned the craft of directing by assisting in several productions. He worked together with future stars such as Marlene Dietrich, Fay Wray, Walter Huston and Noah Beery.

In 1932, Henry Hathaway made his directorial debut with the Western film Heritage of the Desert. The film was based on the novel by Zane Grey. The lead role was portrayed by Randolph Scott, his first starring role, which established him as a cowboy star. Henry Hathaway loved the stories of the settling in the American West and made several movies on the topic. In 1935, he directed The Lives of a Bengal Lancer and received his first Academy Award nomination for Best Picture and won. In 1936, he released Go West, Young Man which was based on the Broadway hit play Personal Appearance.

During the 1940s, Henry Hathaway began directing semi-documentary films and used the film noir style. His first film in this style was the 1945 picture The House on 92nd Street. For his work, he was nominated for Best Director by the New York Film Critics Circle. The same year, he also directed 13 Rue Madeleine. The Dark Corner followed these films in 1946, Kiss of Death in 1947 and Call Northside 777 in 1948. In 1953, he directed the thriller Niagara, starring Marilyn Monroe. In 1958, Henry Hathaway directed From Hell to Texas, starring the young actor Dennis Hopper. Hopper wanted Henry Hathaway to shoot more than 80 takes of a scene, to assert himself artistically. After this, Henry Hathaway announced that Hopper’s career in Hollywood was over. Hopper later admitted his mistake of disrespecting the director, and the two worked together on The Sons of Katie Elder and True Grit.

During the 1960s, Henry Hathaway worked together with John Wayne in several films, like Circus World in 1964 and the Oscar-winning film True Grit in 1969. Henry Hathaway also participated in directing the epic Cinerama Western How the West Was Won in 1962. In 1966, he worked with Steve McQueen on the western Nevada Smith. Hathaway’s final film was Hangup in 1974, marking his 65th directorial work.

Henry Hathaway died in 1985, after suffering a heart attack. He was later honored with a star on the Hollywood Walk of Fame.