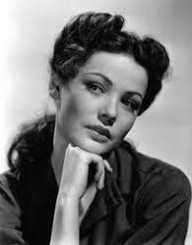 Belle Starr was a notorious American associated with many outlaw activities, born on 5th February 1848. Frank and Jesse James are some of the famous outlaws associated with Bella Starr.

Her story was popularized by Richard K. Fox, a writer of the National Police Gazette and later televised in films.

Myra Maybelle Shirley Reed Starr was born and raised in Myra Maybelle. May was a nickname given to her by her family members. Starr grew up with her parents and her siblings, including some from her father's previous relationships.

Her family moved to Carthage after her father had sold his farm in Myra Maybelle, he later went onto buying a blacksmith shop, an inn, and a livery stable.

John Addison, her brother, was the most significant influence in her life. Despite receiving education from private schools, Bella was more interested in learning about guns and riding horses more than education.

Belle Starr went to Carthage Female Academy, a school her father was one of the founders. She later graduated after her classical education.

Belle Starr associated with criminals all through her life. There are contradicting reports however on whether Bella wanted to join her husband in his illegal activities since she had once left her marriage to stay with her parents.

After his first husband was shot dead, Belle was engaged to Sam Starr in 1880. The couple harbored criminals such as Jesse and Frank James at their home.

The two were jailed for nine months for stealing horses in 1883. After her release, she was put in twice but escaped conviction on both occasions.

A warrant of arrest was issued on Belle for a stagecoach robbery done with her husband who was later killed in Paris.

There are allegations that Belle Starr was married to Charles Younger for three weeks in 1878, an assertion that is later refuted by Younger. She settled with Sam Star as a family in 1880. It was the when she learned wicked ways of life.

The good life of the outlaw queen suddenly came to an end in 1886, after her husband Sam Star was shot dead.

It is reported that Belle Starr changed her ways after Sam's death. She refused to defend July Star after he was arrested for stealing a horse. Additionally, she refused to shelter crooks at her house.

Belle Starr's life was cut short two days after she had celebrated her 41st birthday. Riding on a horse from her neighbor’s house Belle was ambushed and killed.

Several theories have been put across to explain her death, first being Edgar Watson, a man Bella had declined to dance with at a party the day she was shot. It is said that his anger led him to the act.

In another theory, it is alleged that no one was ever convicted for the murder. There were, however, three suspects that would have the motive of killing her. Edgar J. Watson was afraid of being turned to the authorities by Bella.

One of her sons was also a key suspect in the murder; Belle Starr had beaten her for mishandling her horse. This is thought to have angered him leading him to take her life.

Richard K. Fox made Belle Starr famous through his novels the Bandit Queen, Female Jesse James, and Bella star. These books, however, have been adopted by televised films.