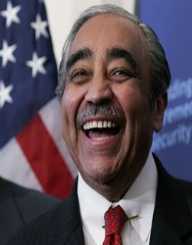 Charles Rangel was born on June 11, 1930, in New York City, New York, United States. He is an American politician. Charles served as a congressman in the United States House of Representatives for several districts from 1971 to 2017. He is a member of the Democratic Party. Before his retirement, he was the second longest serving member of the House of Representatives.

Charles served as the New York's congressional delegation, Dean. He was the first black chairperson of the House Ways and Means Committee. He is an influential member and founder of the Congressional Black Caucus. Charles is currently eighty eight years old.

Charles Bernard Rangel was born on June 11, 1930, in Harlem, New York City, United States. He is the second child of Ralph Rangel and Blanche Mary Wharton Rangel. At the age of six, his abusive father left them. He was raised by his mother in a somewhat uncomfortable home. His mother worked as a maid to support the family, and at times Charles was left in the care of his maternal grandfather when his mother went to work. He was also under the supervision of his relatives in the Bronx.

He was a hardworking pupil and excelled in his academics. At the age of eight, he was employed at a drug store. Charles later joined DeWitt Clinton High School but was often absent from school and could occasionally fall into the hands of the police. He never loved school and eventually dropped out of high school at the age of sixteen and took low paying jobs such as selling shoes in the locality.

Charles Rangel was drafted into the United States Army in 1948 and was in service until 1952. He was taken to Korean to engage during the Korean War as a member of the all-black 503rd Field Artillery Battalion in the 2nd Infantry Division. He proved his skills as a real soldier in the military and was often praised for his excellent leadership.

In November 1950, he led about forty other soldiers in the Battle of Kunu-Ri regardless of the wounds he had sustained in the battle. He urged his comrades not to give up but charge against the enemy lines until victory was won. For his bravery, he received several honors including The Purple Heart, the Bronze Star with Valor and the Republic of Korea Presidential Unit Citation among others.

In 1952, Charles Rangel was released from service with an honorable send-off as a staff sergeant and returned home to complete his education. He attended high school studies and worked hard to complete two years of study in a single year. He enrolled at the New York University of Commerce from where he received his Bachelor of Science degree in 1957. Charles attended St. John’s University School of Law on a scholarship and graduated in 1960 with a law degree.

Charles Rangel began practicing law at Weaver, Evans & Wingate firm after his admission to the United States bar. In 1961 he became famous as a barrister who fought for the civil rights of the African-American People and made a name for himself. He was appointed as Assistant Attorney for the Southern District of New York by United States Attorney General Robert F. Kennedy. With the desire to venture into politics he decided to quit as assistant attorney in 1962.

In 1963 he ran for the Democratic Party district leader being backed up by J. Ray Jones. However, he lost the position to Lloyd Dickens but with support from Sutton he won in 1966 of the New York State Assembly of the Central Harlem District. He was re-elected for another term in 1968 before running for a congressman position in the United States House of Representatives. In 1970 he contended at the Democratic primaries against the incumbent Adam Clayton Powell Jr. and beat him in the main elections with 88% of the total votes.

In his tenure as congressman, he founded the Congressional Black Caucus (CBC) in 1971 which sought to fight for the equality of the black race. The CBC widened opportunities for the African-American people to get an education, employment, quality health care, and justice. It began as a thirteen-member group and over the years grew to a forty-member group.

Charles Rangel also served in the Science Committee and later in the House Judiciary Committee which was on the forefront of fighting drug trafficking in the United States. In December 1974, he was elected as a member of the House Ways and Means Committee and attempted to become the Democratic Majority Whip in 1986 but lost in the elections.

Charles Rangel's leadership has however not been without controversies as he was on the lead in matters of fighting for civil rights. He participated in the 1965 Selma to Montgomery rallies, the 1980s anti-apartheid rally and the protest against the killing of Amadou Diallo in 1999. All of which led him to face various arrests. He also faced several allegations that placed his leadership at jeopardy in 2008. He was accused of possessing four apartments in Lenox Terrace building which were valued as being below the market index.

Charles also used one of the four apartments as an office to run his campaigns contrary to state laws. He got support for his campaigns from an owner of one of the apartments. He was also accused of not remitting full taxes to the state amounting to 10,000 US Dollars. Charles is still serving his nineteenth term in the House of Representatives. This long-term makes him the second longest-serving incumbent member of the house.

Charles Rangel has received several awards including the Jackie Robinson Foundation’s Lifetime Award in 2005. The following year in 2006 he was awarded the Distinguished Service Award from the Washington International Trade Association. He was also awarded the Presidential Medal from Baruch College in 2006.

Charles Rangel married Alma Carter in 1964 and together has two children namely Steven and Alicia. He is currently eighty eight years old and resides in Harlem, New York with his family.