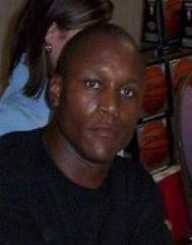 Barry Sanders was born on July 16, 1968. He is an American Football player remembered for his 1997 record of running 2000 yards in one season. He got an all-state honor for his average run of 1500 yards per season. He played for the Detroit Lions all his career. His early retirement in 1998 forced him reimbursement of more than $5 million.

Barry Sanders was born on July 16, 1968, in Wichita, Kansas. His father was William Sanders, was a carpenter, and his mother Shirley Ann Sanders was a nurse. He had ten siblings, two brothers, and eight sisters. In his sophomore years, Sanders was a tailback.

Barry Sanders rose to stardom when he won the all-state honors for running at an average of 1400 yards in the last final games in his high school period. But his short height made him lose chances of being chosen by college recruiters.

Barry Sanders joined Oklahoma State Cowboys in 1986 and played for them until 1988. He led the nation in 1988 by doing a 7.6 carry per yard averaging at 250 yards run per game. He achieved a lot, although it was at a college level and later joined the NFL draft after reaching his senior year.

In the 1989 Draft, the Detroit Lions chose him and was offered to wear jersey number 20 in tribute to Billy Sims who was a legendary running back. In the 90s’ playoffs, Sanders was featured running back. In 1994, he tremendously performed in the season, giving him 2,166 yards as a combination.

In 1994, Sanders became a member of the 2,000 rushing yards club. He ended his four-year streak of his average 1500 yards runs per season and finished the season with a 1491-yard rush. He was notably known for not celebrating wins and his humility in the field.

In 1988, Barry Sanders won the Heisman Trophy, Chic Harley Award, Maxwell Award, College Football All-America Team award, and the Sporting News College Player of the Year. In 1997 and 1994, he won the Associated Press NFL Offensive Player of the Year Award. In 1995 and 1998, he received the Best NFL Player ESPY Award. In 1997, he was awarded the MVP.

Barry Sanders married Lauren Campbell Sanders, an anchor, for twelve years but divorced her in 2012. They have three sons together. He has a fourth child, Barry J. Sanders, who was from another relationship and has taken over his father’s career ambition.