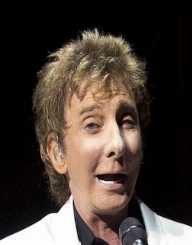 Barry Alan Pincus was born on June 17, 1943, in Brooklyn, New York. His father was Jewish, but his mother Iris-American catholic. After his bar mitzvah, Barry adopted his mother’s maiden name, Manilow. As a child, Manilow took up playing a variety of instruments.

Manilow grew up in Williamsburg section of Brooklyn. He went to the Eastern District High School and graduated in 1961. He enrolled at City College of New York, but quickly transferred to New York College of Music. During his student years, Manilow worked at CBS. After college, Manilow went to study in the Juilliard performing arts school.

While working at CBS, Manilow met Bro Herrod, the director of the company. He was asked to arrange a few songs for a musical The Drunkard. Instead, Manilow wrote an entirely original musical. Herrod used his composition, and the show ran for eight years at New York 13th Street Theatre. Manilow mostly earned his living by working as a pianist, producer, and song arranger.

During the late 1960s, Manilow started to work as a commercial jingle writer. One of the most memorable singes of this period was McDonald’s “You Deserve a Break Today.” For his work, Manilow won two Clio Awards. In 1967 Manilow became the musical director for WCBS-TV series Callback. He also arranged a new theme for The Late Show.

Before he became famous, Manilow was playing piano in several New York gay bathhouses with Bette Midler. After working with her as a pianist, Manilow also became her musical director and arranging. Manilow co-produced and arranger Bette Midler’s Grammy Award-winning debut album and her following album.

Manilow’s debut albums was nowhere near as successful as Midler’s. Still, Manilow continued working, and the single from his next album “Mandy” was featured on the Billboard chart and led to his recognition. Manilow wrote several more hit songs, winning him both Grammy and Tony awards.

In the 1980s Manilow set his reputation as a modern interpreter of show tunes and pop standards. Manilow worked with singers like Mel Torme and Sarah Vaughan, as well as jazz artists Gerry Mulligan and Shelly Mane. Manilow has made an important contribution to American music and pop culture. In 2002, he was introduced to the Songwriters Hall of Fame for his significance in the music world.

Manilow was married to Susan Deixler after he graduated from high school. The marriage didn’t last for long, and the couple divorced. It has been reported that in 2014, Manilow married his longtime manager Garry Kief.

Manilow has had several health issues. In 1989 he was rushed to the hospital during theater intermission due to an adverse reaction to medication. In 2003, Manilow had a facelift.

Since 2002, Manilow had to deal with severe pain, and he was increasing his painkiller dosage to get through his 90-minute performances in Las Vegas. He was later diagnosed with torn cartilage in his hip joint and had to undergo hip arthroscopy.