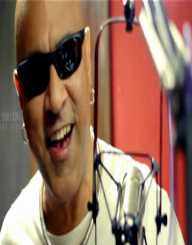 Harjeet Sigh Sehgal is an Indian media personality, rapper, songwriter and an actor. Born on November 23, he is self-acclaimed first Indian and Hindi rapper. Baba Sehgal aside from music is highly involved in other sectors of the entertainment industry and as a media personality works for many languages’ media.

Baba Sehgal was born on November 23 and brought up in Lucknow. Most part of his childhood life is not in the public domain. Baba Sehgal, however, received his education from the GB Pant University, graduating with a B.E Hons Chemical Engineering. Baba Sehgal developed an interest in the entertainment industry, and his dedication saw him become a rapper, actor and media personality.

Baba Sehgal made a debut in the entertainment industry in the 1990s with his emergence in the indiepop scene. His maiden album was Dilruba in 1991, which became successful and enjoyed several airplay on MTV India. Baba Sehgal followed it with is the second album Alibaba released in the same year. His hit songs like Thanda Thanda Paani, 1992, Manjula and Dil Dhadke cemented his credentials as a popular figure in rap music. Baba Sehgal released Main Bhi Madonna in 1993, Dr. Dhingra, 1994 and followed it with Miss 420 that same year. His popularity kept on surging with his hit after hit gaining him a place in the film industry as movie soundtrack composer.

In 1994, Baba Sehgal released the movie soundtrack, Double Gadbad and in the following year also released the soundtrack Indian Romyo. Tora followed in 1995, and that year he became the music director for the movie Dance Party that featured the song "kapurthalaseaayahoon, tereliyelaaya hoon, Orange kurtapeela pajama..". Baba Sehgal, unlike other singers, is highly involved in his songs. Each album he produces contains songs written by himself. In 1996, Baba Sehgal released Loomba Loomba, na aariya hai na roya hai in1997, America meinIndiandhabad.j. Mix bluedhak dhakdil in Calcutta and A Reason to Smile all followed in that same year. His release for 1998 included Meri Jaan Hindustan and abb mein vengaboy.

Baba Sehgal at this time had gained enough popularity, and his songs traveled outside India. His music video was played on MTV Asia becoming the first Indian artist to achieve that feat. Baba Sehgal also released, abb mein vengaboy, 1999, pinga pinga, 2001, Pump up your Style, 2003 and the album Welcome to Mumbai, 2005 upon his return to India after a four-year stay in New York from 2001 to 2005. It was the 22nd album released by him. His other songs includeBabe di gaddi, 2009, Woh beete din and The Magic of Dandiya among several other. In 2006, he contested in the Bigg Boss 1.

Baba Sehgal was involved in the entertainment industry in diverse ways. Baba Sehgal was a stage performer and a TV presenter for the primetime show, Superhit Magabla, aired on DD2. In 2005, Baba Sehgal directed the music for Bollywood film Nalaik and Bhoot Uncle in 2006. Baba Sehgal worked for Zoom as an anchor for the TV show Santa and Banta news unlimited.

Baba Sehgal made an acting debut in 1998, with the Bollywood film Miss 420 alongside Sheeba Akashdeep and sang the soundtrack for the film. His next film was Double Gadbad in 1999 in which Baba Sehgal played two characters and also did the soundtrack. Baba Sehgal picked a role in the SAB TV comedy series Jugni Chali Jalandhar in 2009 and also in Ranf Badalti Odhani on Star One in 2011. Aside from Bollywood films, he made the debut in Telugu film with his role in Rudhramadevi alongside Anushka Shetty who played the lead role. It was followed by Overdose in which a played a major negative role.