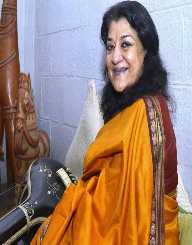 Begum Akhtar was born on October 7, 1914, in Uttar Pradesh, India. She was born to Asghar Hussain a lawyer and Mushtari. She was brought alongside one twin sibling. She had an interest in singing at an early age. She learnt music from Ustad Imdad Khan from Patna. She later learnt from Ata Mohammed Khan of Patiala. She was also educated from Mohammed Khan and Abdu l Waheed Khan of Lahore. She later became an Ustad Jhande Khan’s disciple.

In 1929, Begum Akhtar took her first public performance. She was later motivated by Sarojini Naidu, a poet. She after that pursued her singing career. She then recorded her first Megaphone, Record Company’s disc. She also made gramophone records with both the Ghazals, thumris also, the dadras. She later engaged in giving public concerts a performance. In 1930, she was featured on the ‘Ek Din Ka Badshah’ film. In 1933, she was also featured in the ‘Nal Damayanti’ film.

In 1934, Begum Akhtar was featured singing Hindustani Classical Songs in movies such as ‘Mumtaz Beghum,’ ‘Ameena’ and ‘Roop Kumari.’ In 1935, she was featured singing in ‘Jawaani Ka Nasha’ a Hindustani movie. In 1942, she was part of the actors in the ‘Roti’ movie that was later released the same year. After marriage, she later embarked on singing. She then performed her Ghazals and a Dadra at the Lucknow All India Radio station.

In 1968, Begum Akhtar received the ‘Padma Shri’ an award of honor from the Indian Government. In 1975, she was honored with the ‘Padma Bhushan.’ In 1972, she received the ‘Sangeet Natak Akademi Award honor.

Begum Akhtar had a daughter at the early age which came as a result of sexual abuse. In 1945, she was married to Ishtiaq Ahmed Abbasi, a Lucknow-based Barrister. She died on October 30, 1974. She died at the age of sixty.