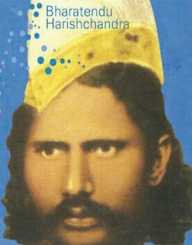 Bharatendu Harishchandra was born on September 9, 1850. He was a Hindi writer. He is considered as the father of modern Hindi literature. He was also a great poet and author. He shaped public opinion via letters to editors and reports plus publications among other media. He used the pen name ‘Rasa’ in writing. He supported Hindu religion extensively.

Bharatendu Harishchandra was born on September 9, 1850, in Banaras. He was born to Gopal Chandra who was a poet and his wife. His parents died while he was still very young.

Bharatendu Harishchandra devoted his life to the development of Hindi literature. In 1880, he was conferred the name Bharatendu due to his enthusiasm as a writer, patron, and moderniser. The name was conferred to him by the scholars of Kashi. He made contributions to the fields of journalism, poetry, and drama. In 1868, he edited the magazine ‘Kavi Vachan Sudha’ among many

other magazines. He was a member of the Chowdhury family of Varanasi. Since 1983, he was awarded Awards by the Ministry of Information and Broadcasting of India to promote original writings in Hindi mass communication. Some of his works include ‘Raga Sangrah,’ ‘Holi,’ ‘Phulon Ka Guchchha,’ ‘Prem Malika,’ ‘Prem Madhuri,’ ‘Bharat Durdasha’ and ‘Nildevi’ among so many other works.

Bharatendu Harishchandra died on January 6, 1885, in Varanasi in India. He died at the age of thirty four.