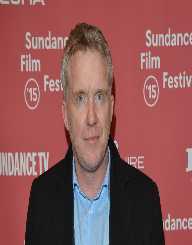 Anthony Michael Hall is an American actor who is best known for his roles in some teen coming of age films in the 1980s.

Hall was born on 14 April 1968 in Boston, Massachusetts. Hall’s mother is jazz singer Mercedes Hall. His father is Larry Hall, the owner of an auto body shop. Hall’s parent’s divorced when he was just six months old. Hall moved to the West Coast with his mother and later moved to New York. Hall grew up in New York and St. Hilda’s & St Hugh’s School. He later moved to the Professional Children’s School as he had begun acting at the age of eight.

Hall performs under the name Anthony Hall rather than his given name Michael Hall due to their already being a Michael Hall in the Screen Actors Guild. As a child Hall appeared in some commercials. He was in commercials for Honeycomb cereal and the chocolate bar Bounty. Hall’s on stage debut came in 1977 when he appeared in Steve Allen’s, The Wake. His first screen acting role was in the 1980 TV film, Gold Bug. Hall played Rusty Griswold in National Lampoon’s Vacation. IT was in this role that he first worked with John Hughes. Hughes was a screenwriter on National Lampoon’s Vacation, but would soon begin directing. Hall then got his breakout role in Hughes’ film Sixteen Candles.

Hall played the geek character in the coming of age film which also featured Molly Ringwald. The film was a modest success, but it made stars of both Hall and Ringwald. Hall would again appear alongside Ringwald in the John Hughes directed, The Breakfast Club. The film was a huge success and made over fifty million dollars off of a one million dollar budget. 1985 also saw Hall star in the cult classic Weird Science. The film was again written and directed by John Hughes and also featured Robert Downey Jr. His work with John Hughes made Hall the face of nerds in 1980s teen comedies. 1985 also saw Hall join the cast of comedy show Saturday Night Live.

Hall was cut from the show after a year along with Robert Downey Jr. and Randy Quaid. Hall turned down roles in John Hughes’ Ferris Bueller’s Day Off and Pretty in Pink. Both films repeated Hughes’ previous success, and Hall instead appeared in the action thriller flop, Out of Bounds. Hall was then offered the lead role in the Stanley Kubrick Vietnam War classic, Full Metal Jacket. However, eight months of financial negotiations led to the offer being revoked. The film was a masterpiece, and Hall again appeared in a dud film, Johnny Be Good. Hall played the main villain in Tim Burton’s Edward Scissorhands. He appeared alongside Johnny Depp and Winona Ryder in the film. He appears alongside Will Smith in the film Six Degrees of Separation.

Hall made his directorial debut in 1994 with the film, Hail Caesar. Hall starred in the film alongside Samuel Jackson and Robert Downey Jr. Hall portrayed Bill Gates in the TV film, Pirates of Silicon Valley. In 2002, Hall was cast in the TV series, The Dead Zone. Hall starred in the show as a man who gains psychic abilities after he wakes up from a coma. The show ran for six seasons and eighty episodes. In 2008, Hall had a minor role in the hit film, The Dark Knight.

Hall is the lead singer and songwriter in the band Hall of Mirrors. He is the godfather to Robert Downey Jr’s son.