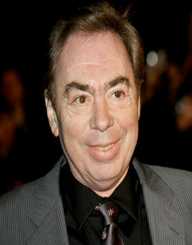 Andrew Lloyd Webber was born into a musical family in London on the 22 March 1948. His mother taught piano, and his father was the director of the London College of Music. At a young age, Lloyd Webber was a multi-instrumentalist and started composing music at the age of six. He has a brother Julian who is also a musician.

After high school, Lloyd Webber studied history at Magdalen College Oxford, but he later changed courses and decided to study at the Royal College of Music (1965).

Lloyd Webber was still a student at the Royal College of Music when Tim Rice approached him regarding collaboration. Rice had heard about Lloyd Webber’s compositions and felt he could work with him as a lyricist. Lloyd Webber was seventeen at the time, Rice twenty years old. The pair started working together and produced their first musical shortly afterward, The Likes of Us which was not staged until 2005. The musical was based on the life of the philanthropist Thomas John Barnado.

Joseph And The Amazing Technicolor Dreamcoat

Their second collaboration and their first musical operetta to be performed was Joseph and the Amazing Technicolor Dreamcoat. The operetta debuted at St Paul’s Juniors Preparatory School in London in 1968. Encouraged by his father William Lloyd Webber, the musical operetta was tweaked and expanded. A concept album came out in 1969. After the success of Jesus Christ Superstar in 1971, Joseph and the Amazing Technicolor Dreamcoat was produced in London’s West End in 1973. An album was released in 1974, and the musical debuted on Broadway in 1982. In 1999 a video film was released with Donny Osmond in the lead role.

Lloyd Webber and Rice then came up with the concept of a biblical rock opera based on the last week of the life of Jesus Christ. It starts with Jesus arriving in Jerusalem and ends with the crucifixion. Some religious groups objected to the content and interpretation of the Bible.

It was banned in South Africa as being irreligious. Overall the rock opera was a phenomenal success, and Lloyd West won the 1972 Drama Desk Award for the Most Promising Composer. In 1973, the film Jesus Christ Superstar came out and was one of the highest-grossing films of the year. Leading cast members won nominations for Golden Globe Awards. In 1999, another film version was released, and this won an International Emmy Award for Best Performing Arts Film in 2001.

After the success of Jesus Christ Superstar Lloyd Webber collaborated with Alan Ayckbourn on Jeeves (1974). In 1976, he worked with Tim Rice again, and they produced Evita which contained the mega-hit Don’t Cry For Me Argentina. Evita was staged in London in 1978 and on Broadway in 1979.

Lloyd Webber composed Cats which is based on the work of British-American poet T.S. Eliot (b.1888-d.1965). Because he was using Eliot's poetry, he did not need a lyricist. After its opening in London, Cats ran for twenty-one years in the West End and for eighteen years on Broadway. Starlight Express followed, but his next mega-hit was The Phantom of the Opera based on Gaston Leroux’s novel. After its debut in 1986, the show’s continued popularity resulted in it becoming the longest-running Broadway show ever.

Lloyd Webber was knighted by the Queen in 1992 and 1997 he was made an honorary peer.

His wealth is estimated to be over a billion. Lloyd has been reported as saying that he does not intend leaving his fortune to his children as he does not believe in inherited wealth. He owns the Theatre Royal, London Palladium and Drury Lane Theatre in London and has an extensive art collection.

Lloyd-Webber had surgery for prostate cancer in 2009.

The Andrew Lloyd Webber Foundation was set up in 1992 with the objective of promoting culture, heritage, and arts for the public benefit. By 2010, over 14 million pounds had been awarded the grants, scholarships, and programmes.